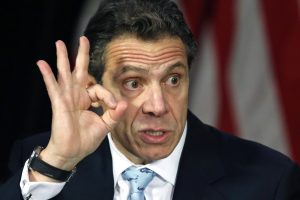 A New York DFS bill has passed after a lengthy battle between supporters and lawmakers who oppose gambling. Governor Andrew Cuomo had the final say. He signed the bill into law making daily fantasy sports games legal in the state.

Cuomo’s acceptance of the bill brings an end to a months-long feud. When Attorney General Eric Schneiderman shut down popular DFS sites FanDuel and DraftKings, many residents were angry. Daily fantasy sports games are legal in most states.

On June 18, the New York State Senate voted 45-17 in favor of the DFS bill. That left just one more obstacle before the bill was put into law:  the governor’s approval.

With the National Football League and College Football season’s only a month away, many New Yorkers became antsy to get this bill passed. Football is the most popular sport to watch and wager on in America. The potential revenue the state could rake in from this industry was far too great for Cuomo to let the bill sit on his desk for too long.

Sports betting is illegal in the United States except in Nevada. Those wagering on sporting events in New York can be prosecuted. But isn’t daily fantasy sports a form of sports betting? Yes and no.

It is not a form of gambling according to those whose opinions matter most:  the lawmakers. To most, it most certainly is. In order to enter a DFS contest, one must place a wager and there is no guarantee of a win.

But due to political reasons, it is now legal to wager on sports in the form of daily fantasy games but not on, say, the outcome of a game. Welcome to American politics, folks.

The deciding factor in getting a DFS bill through was the argument that winning requires skill, not luck. When it comes to poker, for example, many lawmakers can’t grasp the concept that poker is a game of skill.

Poker is widely considered a game of luck which is one of the main reasons online poker isn’t legal in most states. This conclusion is made despite the undeniable fact that the best poker players win consistently over a long period of time. Still, poker is seen by many as purely a game of chance with minimal skill.

The poker community fought hard to get an online poker bill passed, but to no avail. Last month, the bill passed a House vote but was shot down by the state Senate. Instead, the state decided to focus on passing a DFS bill because, as previously mentioned, it is considered more of a game of skill.