Poker in India continues to evolve, this time thanks to a new innovation from the International Federation of Poker (IFP). 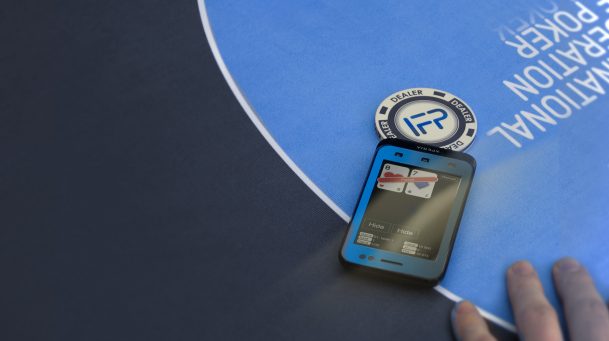 Following the recent success of the inaugural Poker Sports League, the IFP has announced plans for the first ever “match poker” league.

Similar to the Poker Sports League, the IFP’s project will feature players from cities across India.

Cities to Compete for Glory

Those selected to play will represent their region in a league system where points are earned by winning matches.

Although the exact dates and venues have yet to be decided, the cities set to take part in the first ever Indian IFP Match Poker League will be:  Ahmedabad, Bangalore, Chandigarh, Chennai, Delhi, Kolkata and Mumbai and Goa.

To ensure the event doesn’t fall foul of India’s gambling laws where only select regions are allowed to offer designated games of “skill” for real money, the league won’t have an entry fee. However, there will be prize money on offer for the winning teams/players.

As well as making the event a freeroll, the IFP will be using its “match poker” format. Played on digital devices to allow for electronic scoring and dealing, match poker essentially aims to eliminate as much luck from the game as possible and allow the most skilled players to triumph.

This dynamic is very much in line with India’s current push to put poker on the same platform as popular sports such as cricket. Just as the Poker Sports League promoted itself as a “mind sport” contest, the IFP’s offering will hope to show that its tournaments are akin to that of a chess tournament.

As well as planning to capitalize on the recent surge in popularity of poker in India, the IFP is on the cusp of launching similar events in Italy and Spain. But if it can carve out a niche in India, it could easily become the organization’s most popular market.

What is Match Poker?

Match poker is a team game that uses the rules of Texas Hold’em. However, unlike traditional tournaments, players seated in the same position at different tables all get dealt the same hand.

In the words of the IFP: “The same cards are dealt at all tables (hole cards and community cards). This means that every player in seat 1 (each from a different team) has identical cards. The same is true in every other seat.”

On top of this dynamic, the usual betting structure for a match poker event is pot limit pre-flop and no limit post-flop. From this, a set number of hands are dealt with players earning points for each pot they win. The team with the most points at the end is declared the winner.