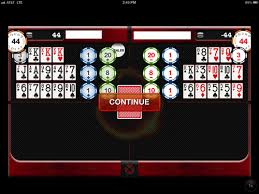 Poker is a game in constant evolution, and 2014 was another year of innovation for our favorite game.

From the games that were played to the ways in which we watched it, this was yet another dynamic year for the game of poker both online and live.

It’s unlikely that there will be a day in the next few decades during which Texas Hold’em isn’t the most popular poker game in the world. But that doesn’t mean that all other games have been relegated to the sidelines.

In recent years, Omaha has certainly grown in popularity, and even more recently, Open-Face Chinese Poker (OFC) has been seeing more and more attention, especially from high-stakes players who are looking for a new way to generate action.

OFC is played very differently than most forms of poker: players gradually are dealt 13 cards, from which they must make three hands (one with only three cards) that must be ranked in a specific order.

Players get points against their opponents by winning hands, and by making particularly strong hands in the right spots. This means the game can be very swingy, as a couple of big hands can be worth a lot of points (and a lot of money).

But once confined to the world of high-stakes side games, 2014 saw OFC taken up by a much wider audience. Countless apps have allowed poker players of all stakes levels to practice their OFC skills whenever they like, and more tournaments are running for the game at poker festivals around the world.

The tournament proved extraordinarily popular with online audiences as well, which means we can probably expect many more OFC tournaments in 2015.

Lottery sit and go tournaments were created in 2013, when Winamax began offering the unique tournaments in France. These events allowed three players to compete in a hyper-turbo format in which the prize pool wouldn’t be known until the tournament began.

Most often, the winner would take home just two times what they paid to enter; on rare occasions, they could win up to 1,000 times their buy-in instead.

The lottery format entered the mainstream in 2014, as more and more sites introduced their own versions of these games, which proved exceedingly popular among recreational players.

The biggest breakthrough came in July, when PokerStars introduced their version, Spin & Go tournaments, on their segregated site in Spain. Later, the games migrated to all PokerStars clients worldwide.

Once again, the tournaments have proven very popular with casual players, but regulars have questioned whether these games are killing other tournament formats that they rely on for their profits.

If you’re looking for the next major growth avenue for the promotion of poker, look no further than Twitch.tv.

The site, used primarily to stream broadcasts of video games, clarified their policies in 2014 to allow players to show off their real money poker exploits, provided they weren’t breaking any laws in the process.

Perhaps the first player to take full advantage of this was Jason Somerville, who moved his Run It Up series to Twitch and found himself attracting 10,000+ viewers to watch him play on Nevada’s regulated poker sites.

Other prominent players like Randy “nanonoko” Lew have also found streaming success, and the format has also made stars of recreational players like Kai “stickyrice1” McMinn, whose huge swings have fascinated the poker community and non-players alike.