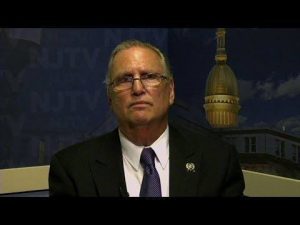 If passed, the measure could potentially hamper PokerStars’ ability to engage with the New Jersey market.

Caputo, who is no fan of online gambling or PokerStars for that matter, believes that Internet casino providers should face the same level of scrutiny as their land-based counterparts when applying for a license to operate.

Caputo’s bill proposes that online operators should apply for a full casino license, which would mean that they would face a stricter regulatory process from both the New Jersey Division of Gaming Enforcement (NJDGE) and the New Jersey Casino Control Commission, with the latter having the final say.

The process would involve full transparency, with a public hearing and testimony. Currently, Internet companies can get by with casino service industry licenses issued by the NJDGE alone, which allows them to partner with existing land-based casinos as service providers.

Significantly for PokerStars, the bill also includes a measure that would make it impossible for the regulators to waiver any licensing requirements, which would make it difficult to overlook PokerStars’ history as a “bad actor.”

Caputo recently launched a scathing attack on PokerStars in a guest op-ed for NJ.com, and it’s clear he feels that the Amaya buyout does not absolve it of the fact that it continued to accept offer online poker to American players after the Unlawful Internet Gambling Act (UIGEA) of 2006 made it illegal to do so.

“But new ownership aside, of all the online gambling outfits hoping to get a piece of the New Jersey pie, PokerStars’ hands may be the dirtiest,” Caputo wrote. “PokerStars’ attempt to brand itself with new ownership doesn’t negate the company’s checkered history.

“There is no denying the activities that drew indictments from the Justice Department helped build their brand into the gambling powerhouse it is today. Any new licensing review of PokerStars must take that history into account as the firm’s way of conducting business threatens to undermine the integrity and public confidence that Atlantic City has worked diligently to build,” he continued.

The bill was approved 7-0 by Caputo’s committee last week, but it still has a long way to go before it can become law, with approval required by the full Assembly. Caputo said he is currently looking for a sponsor of a companion bill in the Senate.

“I was never a fan of Internet gaming, to be honest with you,” said Caputo. “Those results have been very disappointing. But if we’re going to do it, we should do it right.”