The New Jersey Division of Gaming Enforcement (DGE) has secured an “agreement in principle” with the UK Gambling Commission to share online poker liquidity between New Jersey and the UK. DGE Director told GGB News this week the move could lead to a “massive increase” in liquidity for New Jersey operators.

“We’re very serious about this,” he said, “and we want to move it along as quickly as possible so iGaming in New Jersey will continue the impressive growth we’ve shown over the last 15 months.” 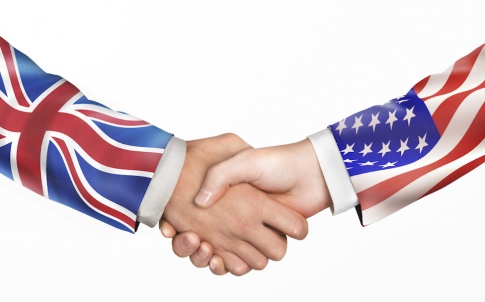 New Jersey and the UK have a liquidity-sharing agreement “in principle” but it may not prove to be the answer that New Jersey is looking for. (Image: thelawyer.com)

To that end, the DGE wrote last week to operators that serve customers of both jurisdictions to ask for their feedback about how such a system might work.

How Would It Work?

Rebuck’s enthusiasm is understandable, but he’s also right to be wondering how the agreement would work from a practical point of view.

To put this into perspective, merging liquidity with the UK, with its population of around 65 million, would be on a par with California, New York and Pennsylvania regulating online poker all at once and immediately opting to share their player pools with New Jersey. In fact, it would be better, because the UK is already a mature market.

But how would it work? The UK already has access to the international player pool, where players from Russia to Brazil regularly three-bet the living daylights out of one another as they vie for the enormous prize pools afforded by mammoth liquidity.

On PokerStars.com, as I write, for example, there are 14,640 cash players, and 168,085 players in total online. On PokerStarsNJ.com, the market-leading site in New Jersey in terms of online poker liquidity, there is a seven-day average of just 230 cash players.

A site like PokerStars or 888 could not possibly agree to sever the UK from the international pool in order to cater to those 230 players in New Jersey, and if it did there would be uproar.

What might be more feasible is that New Jersey operators could open up their player pools to UK players who could choose to join them if they wished. But this would be unlikely to produce the liquidity injection that New Jersey needs, as the international pools would remain the far more attractive prospect to UK players.

It would help a little, of course, but the “massive increase” Rebuck describes might, unfortunately, be optimistic. UK players are also welcome to join the French market, which is ring-fenced only to players inside France, but few are inspired to do so.

“We’d still have to figure out lots of issues: specific regulations, how the tax rate from each jurisdiction would be applied, player ID and geolocation issues, and other things we probably haven’t even considered yet,” conceded Rebuck. “But you have to start somewhere.”

The DGE has requested a response from operators by August 1.

apparently everything is going well for the market of new jersey in conjunction with the other regulated UK share your pool juagadores in this huge market that is already mature as the Uk market, there are still many things to discuss hopefully reach a good deal.