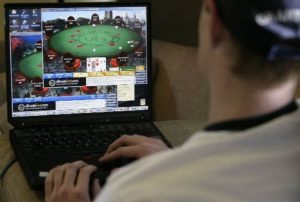 New Jersey online poker revenue rose by almost 5 percent in August over the same period in July, according to numbers released by the NJ Division of Gaming Enforcement (NJDGE). Garden State poker players generated $2.25 million for the cash-strapped state during summer’s dog days, and the amount brought total online poker revenue to $21 million thus far in 2014.

Although the spike was no doubt a welcomed one, the year-to-date accruals still fell short of Governor Chris Christie’s already sharply reduced forecast of $34 million, an amount he hoped regulated poker would generate for the state by June.

The Borgata and partypoker alliance led New Jersey operators in August with $1.167 million in revenue versus $1.061 million for the Caesars WSOP brand, with 5.25 and 4.9 percent increases respectively. In a distant and dismal third was Ultimate Poker, which is partnered with the beleaguered Trump Taj Mahal. Ultimate’s NJ poker revenue dropped 11 percent to $23,099 in August, with a rebound unlikely given the dire financial straits the Taj is presently in, and more poker action likely available from its competitors.

Online casino revenue rates also showed a spike in August, showing a nearly 4.7 percent increase over July. All told, through September 15, New Jersey took in $83.7 million in total internet gaming revenue for 2014, with a quarter of that generated by online poker. The struggling market is in dire need of a jumpstart now however, as online cash game traffic has reportedly fallen off in September, even as positive reports from August were made available to the media.

With PokerStars already meeting with past and future customers in New Jersey, the Garden State’s online poker environment could potentially grow in the way Governor Christie and other state legislators initially hoped. In addition to the potential for bolstered revenue, the online poker giant’s arrival will no doubt spur on a Darwinian level of competition for market share amongst NJ providers, and other regulated states like Nevada if player pools are eventually shared.

That could ultimately mean good things for poker players, as providers are encouraged to creatively evolve their products and promotions to stay competitive in PokerStars’ midst.

American poker players have apparently missed the world-renowned PokerStars brand since its 2011 Black Friday departure along with Full Tilt et al, as evident in numerous poker forum threads around the web speculating on possible timelines of its return to players’ respective states. Since then, as though to prove pro-regulation arguments, players have continued to gamble (both figuratively and literally) with lesser-known and emerging brands currently operating beyond control of US law, and to the benefit of non-US economies.

With casino closings in an apparent domino effect in Atlantic City, due to rival openings in neighboring states, Garden State leaders are no doubt looking to its fledgling online gambling market to gain momentum and generate more “green” for state budget coffers. Let’s hope the entry of a seasoned poker powerhouse will be the catalyst for an upward trend in poker revenue for NJ, and the start of good things to come for online poker in the US.