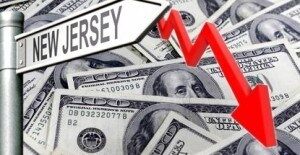 New Jersey online poker revenue dived deeper in November, leaving the market with little to be thankful for. (Image:calvinayre.com).

New Jersey online poker revenue numbers are in for November, and they unfortunately leave little to cheer about in hindsight as we enter “the season of good cheer”.

A report released by the NJ Division of Gaming Enforcement (DGE) showed that for the second consecutive month, the Garden State’s online poker revenue came in below the $2 million mark at just $1,877,603.

The figure is down 4.6 percent from October results, and marks the NJ regulated market’s lowest revenue month for online poker this year.

By contrast, the state saw a revenue-high of $3,210,663 from online poker back in March, and the numbers managed to stay above $2 million each month from April through September.

NJ online casino gaming win for November appears to have fared worse than poker, posting an 8.7 percent drop to a low of $6,861,295.

But to be fair, those numbers were largely affected by a Morris County resident winning New Jersey’s largest internet gambling jackpot of $1.3 million early in the month, by playing the “Millionaire Genie” game at HarrahsCasino.com.

Absent that single win, online casino numbers would have shown a gain over the previous month, while poker has been on a downswing.

The holiday months have traditionally delivered an upswing for online poker operators around the globe, although last year they saw a 10 percent decline in global cash game traffic during the season, with the trend apparently worsening this year.

In New Jersey, Ultimate Gaming and Betfair have already left the poker market, although the latter still offers online casino gaming in the state.

More encouraging numbers out of New Jersey were likely had PokerStars’ licensing occurred in October, as hoped and hinted via Twitter by NJ Senator Raymond Lesniak (D), but it appears that politics intervened.

Lesniak took to Twitter on November 11 with his assessment of the situation: “Poker Stars in time out because they would boost [Atlantic City] and hurt Adelson’s attempt in Congress to shut down Egaming”

“News of the ‘lame duck’ backroom deal for the sole benefit of a billionaire casino owner disheartened many Americans who believe in a fair political process. I am beyond pleased this [Restoration of America’s Wire Act] provision was kept out of the final legislation, and I couldn’t be more proud of America’s poker players for immediately taking action to notify their Member of Congress that this was a bad deal for players and consumers.”

But he also warned: “While we have won this battle, the war is far from over. With respect to a federal prohibition Sheldon Adelson only needs to win once, we need to go undefeated.”

And the way that Adelson is currently winning in New Jersey is with the stalling of PokerStars’ licensing and its effect on the market.

His Coalition to Stop Internet Gambling was quick to report the lackluster revenue results via social media, while connecting the downswing to “an ever-widening budget shortfall.”

Time will tell if the PokerStars licensing dilemma can be resolved early in the New Year per the DGE, and spark new life for New Jersey online poker and internet gaming revenue.

Online poker is too heavily regulated in the US. It has to be made easy for recreational players to log in and play any time they want to. There are so many hoops to jump through that you only get people dedicated to the game…good players or pros. The market can’t grow under these conditions. Land of the free my ass!

America is about the furthest thing from “Land of the free” lol ..