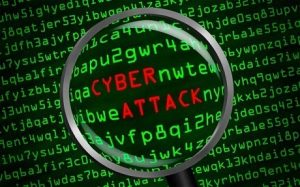 The DGE has announced that at least four sites in the New Jersey space were targeted by DDoS attacks last week, but is this really the first time it has happened? (Image: thecommentator.com)

Online gaming sites in New Jersey were rocked by a wave of distributed denial of service attacks (DDoS) last week, according to the New Jersey Division of Gaming Enforcement (DGE).

At least four sites were knocked offline for around half an hour by the cyberattacks, David Rebuck, DGE director, said, although he declined to name them.

The disruption was followed by a ransom demand, to be paid in bitcoin, and the threat of further more sustained attacks, he added.

DDoS attacks are used by cyber criminals to flood the bandwidth of an internet site rendering it temporarily nonoperational.

Online gambling has been a target for such criminals since the early days of the industry, although this is the first time that any attacks have been reported against the regulated US markets.

However, last September, when Party / Borgata attempted to stage the most ambitious tournament series the regulated space had seen, the Garden State Super Series, major disruption forced the main event to be cancelled.

It was assumed that the technical difficulties were the result of a relatively new infrastructure bending under the weight of an uncommon influx of players, but it seems possible that there were more sinister forces at work.

Cyber attackers typically strike at times when traffic is highest in order to maximize disruption, and a well-publicized event like the Garden State Super Series would have been an irresistible target.

Rebuck’s assertion that law enforcement is now hunting a “known actor” in relation to the attacks, a suspect who has “done this before” would appear to confirm, at least, that New Jersey has been subject to a prior attack.

The event had attracted 1,937 players with 45 minutes of late registration still remaining, before it was derailed by a suspected cyberattack.

An on screen-message relayed the news to players as the tournament was abandoned four and a half hours in, following a spate of disruptions. The tournament was canceled and buy-in fees refunded to all participants.

On November 23, the Carbon Poker Online Poker Series was severely interrupted by poor connectivity issues, and the site has experienced intermittent problems several times since, although no official word on the disruptions has been forthcoming from .Carbon Poker.

“It sounds like the regulators and the [gambling] houses anticipated this very type of attack and responded to it in a very appropriate manner,” cybersecurity expert Bill Hughes Jr, told the Press of Atlantic City of the incident last week. “It appears that the system worked here.”

Oh the online DDoS poker ghost has struck again. I hope someday these people get caught and dealt with properly. We all have heard rumors who’s to blame from cyber hacks from Finland or China to Mr. Adelson’s pirates. Will we even be told who they are if they get caught. This is a real problem!