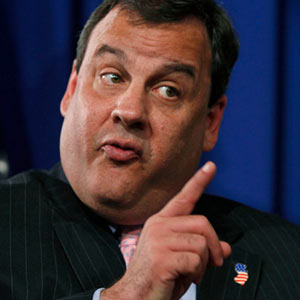 The New Jersey Division of Gaming Enforcement revealed that six operating online casinos and poker rooms generated $8.4 million in revenue, much lower than many analysts had predicted. Governor Chris Christie (pictured) has yet to comment.

Since the first day of the soft launch of online gambling in New Jersey, the industry has anxiously awaited the release of the numbers from the first six weeks of revenue from the New Jersey Division of Gaming Enforcement. On January 14, they did just that, revealing revenue from the online casino and poker sites from November 21 to December 31, 2013.

The report came from the New Jersey Office of the Attorney General which revealed a number of things, such as the total casino win when combined with Internet gaming win, totaled $214.5 million for December. That number was down four percent from the same period in 2012. However, most eyes were on the Internet gaming portion of that number.

The six online gaming sites in operation during this period divulged the winners thus far in the race to the top of the emerging New Jersey industry. Borgata was the top earner with $3,750,174 in Internet gaming win from its Borgata/PartyPoker brands. Caesars Interactive, which operates WSOP.com, Harrahs.com, CaesarsCasino.com and 888 sites, took in $2,380,178.

Other sites came in far below those numbers. Trump Taj Mahal, which is the partner of Ultimate Gaming, showed $883,037 in revenue. Tropicana and their partnership with Virgin was close behind with $748,589 for the online casino only, as no poker client was launched at the time. Trump Plaza and Betfair was fifth on the list with $427,739. In a very distant last was the Golden Nugget with $179,120, which only recently launched its online casino, doing so later than the others.

The poker industry was interested in the online poker revenue, which was reflected in the peer-to-peer games section of the report. For the entire period of operation, Borgata showed that they took in $1,904,062 in gross gaming revenue for Internet poker. Caesars was the closest to that number with $1,203,218 in peer-to-peer revenue.

Further down the scoreboard was Trump Taj Mahal with $104,287 for online poker revenue with Trump Plaza showing at a meager $90. Tropicana and Golden Nugget have yet to take in any revenue from their online poker products that are still in the preparatory stages.

Borgata and PartyPoker have a clear lead in the race for online gaming customers with nearly 45 percent of the market. Caesars brands are the only ones within range at the top of the earnings chart. That being said, the market had only been live for approximately six weeks when these figures were submitted.

Analysts had hoped for much higher numbers, with first-year predictions in the hundreds of millions. Governor Chris Christie set his sights on a first-year revenue number of $1 billion, which looks as if it may be much more difficult to achieve than originally anticipated

wow..its a huge money in poker.Chris christle’s bad luck is thre now..its not good for the chis christle