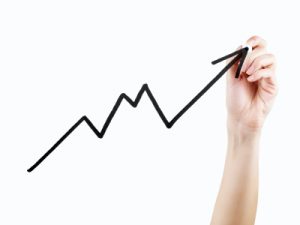 According to the latest financial report from the New Jersey Division of Gaming Enforcement, Internet gambling generated $16.7 million in October.

That figure represents as 29.6 percent increase on the $12.9 million collected during the same period in 2015.

Leading the way in terms of total revenue was Golden Nugget with $4,088,225 earned through its networked sites GoldenNuggetCasino.com, betfaircasino.com and RushStreetInteractive.com.

Without any poker sites to supplement its bottom-line, Golden Nugget has drawn the entirety of its October revenue from casino games. This fact continues to show that this area of the industry is significantly more lucrative than poker.

In fact, when you look at the second best performer of the month, Borgata, just $734,152 of its $3,666,749 in takings came from poker. Although online poker’s figures continue to improve, there is a distinct gulf between these games and the casino side of the industry in New Jersey.

Naturally, liquidity sharing would help increase revenue, but even this wouldn’t be enough for poker to catch up to casino games. Fortunately for New Jersey, this story is the same the world over.

Across the iGaming industry, casino and sports betting revenue far out-strips poker and that’s why many operators have been shifting their focus in recent years.

Across Europe, many poker operators have been introducing more games and promotions designed to attract casual players. Aiming to play on the “gambling” elements of poker, games such as Spin & Go tournaments and PokerStars’ recent Beat the Clock are designed to blur the lines between “casino” and “poker.”

Although this strategy has often been at the expense of established players, it’s undoubtedly made online poker in Europe a more appealing prospect for casuals.

With New Jersey still being a relatively young market in global terms, this sort of angle is one that could help to increase poker revenue.

However, even with innovations that may attract more casino players, New Jersey is still suffering from as a result of its own isolation. Without players from other states being able to join the action, there’s only a finite amount of growth operators can expect.

While we don’t know what Donald Trump’s position on online poker will be when he officially takes office in January, it’s unlikely it will matter much. Even with major donor Sheldon Adelson having the President-elect’s ear, between terrorism, the economy, and social issues, iGaming is not likely to be high on anyone’s agenda when it comes to a federal ban, and both RAWA and a subsequent “RAWA Lite” bill have been all but ignored by Congress to date.

On top of all that, Trump has clearly shown a “states’ rights” stance on most controversial issues, including abortion.

So casinos can have a higher profit with slots and sports gambling, than Texas hold em poker could ever dream of generating