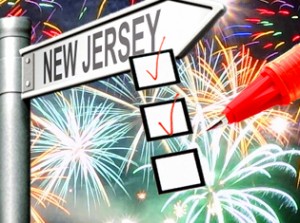 The four amendments are related to social media games, gaming equipment locations, proprietary games, and celebrity promotions, and are slated to become effective on November 10.

The DGE recently encouraged gaming operators toward innovation with regard to popular skill-based games like Words With Friends and Candy Crush, and wants to see wagering versions of similar games offered in Atlantic City casinos.

The hope is that such skill-based games will appeal to new generations of casino goers, who are already familiar with popular mobile gaming apps.

Regarding traditional social games that may be offered in casinos, but do not require a wager, a new regulatory amendment will allow such games to be funded from a customer’s Internet gaming account for in-game purchases, as long as the player is clearly informed by the software that the game is not regulated by the DGE.

Another new amendment allows for primary and backup gaming servers to reside offsite from the casino, but within Atlantic City, in a secure and private colocation facility that is “specifically designed to house that equipment”. The location must be leased or owned by the licensee, under their control at all times, and will be considered “part of the casino hotel facility,” despite being offsite.

Secondary backup equipment used for data storage and restoration, and not for actual gaming, will be allowed to reside outside of Atlantic City, but in a facility located within New Jersey’s borders.

New casino games no longer have to be “offered initially to all casino licensees” in order to receive DGE approval, thanks to an amendment which removes the requirement. This should allow operators to better distinguish themselves in the market, and will give them the freedom to innovate, without having to share new product developments with competitors before they can be licensed.

Celebrity endorsements are now possible, due to an amendment which allows celebs to be hired to engage in peer-to-peer games (online poker) “for advertising or publicity purposes,” much like the PokerStars duel this week between Rafa Nadal and Ronaldo Nazario on November 6.

The amendment allows gaming operators to fund a celebrity player’s account and\or pay them a fee. However, if the celebrity is under a contract which forbids them from accepting gambling winnings, the winnings must be forfeited to New Jersey for inclusion as “Internet gross gaming revenue,” per the DGE.

The four new amendments should allow New Jersey casinos and iGaming licensees to operate with greater freedom in the struggling market, and together will hopefully treat customers to exciting new gaming opportunities going forward.

The Garden State is primed for such offerings, with DGE Director David Rebuck recently saying, “Bring your innovative skill-based games to New Jersey and we will work with you to get them approved quickly.”