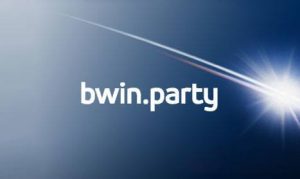 New opportunities to open up for bwin.party and Sportech thanks to New Jersey’s DGE approval. (Image: bwin.party)

European gaming operator, bwin.party, can now roam free in at least one part of the US thanks to New Jersey’s Division of Gaming Enforcement (DGE).

Following a successful tenure within the Garden State since 2013, the operator has exchanged its Transactional Waiver for a full Casino Service Industry Enterprise License.

Having provided the virtual backbone for Borgata Hotel, Casino and Spa’s online platforms without fault since iGaming went live in New Jersey, the DGE is now satisfied that bwin.party can become an integral part of the State’s economy.

Success in New Jersey for bwin.party

In addition to enjoying a successful partnership with the Borgata from a technological standpoint, bwin.party has also profited financially.

So far, Borgata’s stable of online poker and casino sites, which include bwin.party’s partypoker NJ, have become the dominant operator in the State.

As well as having the freedom to continue operating in New Jersey, bwin.party’s new license will afford it the ability to release new innovations within New Jersey.

Moreover, a seal of approval from the DGE should give the operator better chance of obtaining a license when other states join New Jersey, Nevada and Delaware as iGaming regions.

“Receipt of our full license in New Jersey marks an important milestone for our US business. We believe that the path to regulation across the United States is inevitable and expect that other states will soon follow,” said bwin.party’s Chief Executive, Norbert Teufelberger.

In addition to giving bwin.party a license, Sportech, the company behind Resorts AC’s online platform, has been granted permission to operate within New Jersey. In conjunction with NYX Gaming, Sportech provides the betting backbone for ResortsCasino.com which went live in February 2014.

Since going live this site has reported profits of just over $200,000, but the hope is that a new license will give it the ability to release more products and increase its revenue within the coming months.

In fact, one of the major plans for the New Jersey operator is an online poker platform run in conjunction with PokerStars.

At present, Resorts uses the Sportech/NYX Gaming coalition for its online casino games, but if PokerStars is granted a license by New Jersey’s DGE it will be positioned to offer poker as well.

Based on the Borgata’s success, a combination of casino and poker has proved the most financially fruitful in New Jersey and Resorts will be hoping this trend continues if PokerStars wins the approval of regulators.