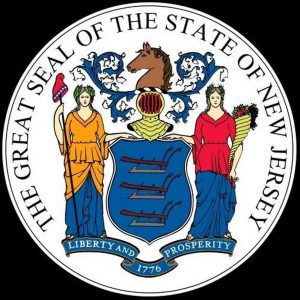 The New Jersey Division of Gaming Enforcement recognizes the importance of affiliate marketing to the growth of online gambling and sets out its licensing definitions.

Affiliate marketing is the model that built the online poker industry, a fact that is not lost on the New Jersey Division of Gaming Enforcement (NJDGE), which this week set out its revised rules for the licensing of affiliates marketers. Internet gambling has always relied heavily on affiliate marketing to generate new sign-ups. It works as a reciprocal relationship between an affiliate business and an operator, in which the affiliate is paid a commission for each new customer it introduces to a gambling site via its advertising banners or marketing efforts.

Commission may take the form of a flat “cost-per-click” fee for each customer that arrives at an operator’s site via an affiliate site, or even a percentage revenue share of a customer’s lifetime spend once he has been referred.

“The Division recognizes that affiliate marketing companies are important to the growth of online gaming and has reevaluated its initial licensing determinations,” explained the NJDGE’s website, before announcing that licensing for affiliate companies would fall into two distinct licensing categories, depending on the type of marketing used – “vendors” and “ancillary casino service industry enterprises” (Ancillary CSIE).

The distinction relates largely to whether a company is paid a flat fee or a portion of revenue share. Those who receive a one-off fee to direct traffic to an operator are defined as “vendors,” and these include “cost per click” (CPC), and “cost-per-view” (CPV).

The former is when an affiliate earns a fee every time a unique visitor clicks on a link or banner that takes him through to an operator’s website, while CPV is where the affiliate receives a one-off payment each time a unique visitor views an advertisement. Also in this category are businesses that have “flat rate cost-per-action” agreements, where the affiliate receives a fee each time a visitor signs up for a gaming site or downloads its software, for example.

Lastly, businesses such as sports teams that have sponsorship deals with will also be licensed as “vendors.”

Affiliates that receive a percentage of a customers’ lifetime spend, or even just their first deposit (Ancillary CSIEs), meanwhile, are licensed differently, because they are directly profiting from their referees’ gambling behaviors, hence the crucial words “ancillary” and “casino”. This form of marketing is very common in the industry.

The DGE noted that affiliates would be permitted to switch between different marketing models within its own licensing class, subject to application and approval from the regulatory body. It also said that refer-a-friend schemes were permitted to operate without the need for a license, provided commission earned does not exceed $2,500 per year for each affiliate.

It’s clearly an issue that the strictly regulated fledgling jurisdiction is taking very seriously indeed. Last April, the DGE issued several affiliate sites with “cease and desist” letters, underlining that they should not be advertising New Jersey regulated operators alongside those which do not have New Jersey licenses, because it gave the false impression that all sites were equally legitimate.

Poor New Jersey regulators. Will they ever actually understand what they NEED to do as opposed to creating a system that will have little or no bearing on the success of their ‘not-so-successful’ attempt to date to drive consumers to sign up and play.

It’s LAUGHABLE that on a CPC model where a NJ operator would want to expose their brand to consumers that the ad company would register and then be subject to rules – DGE might want to speak to the notion of limiting ‘commission’ where something this is succcesful will require some form of government intervention. Perhaps there is some kind of rational reasoning behind this, however, again, DGE misses the real issues and opportunity.

Since DGE keeps hiring and listening to people that can’t spell marketing, technology or ‘compliance’ (in a real world) and have an attorney running things – those of us generating millions of leads and revenue for our partners through ad and marketing campaigns would rather deal with professionals would rather pass on helping generate CUSTOMERS if we have to deal with – NON PROFESSIONALS
‘