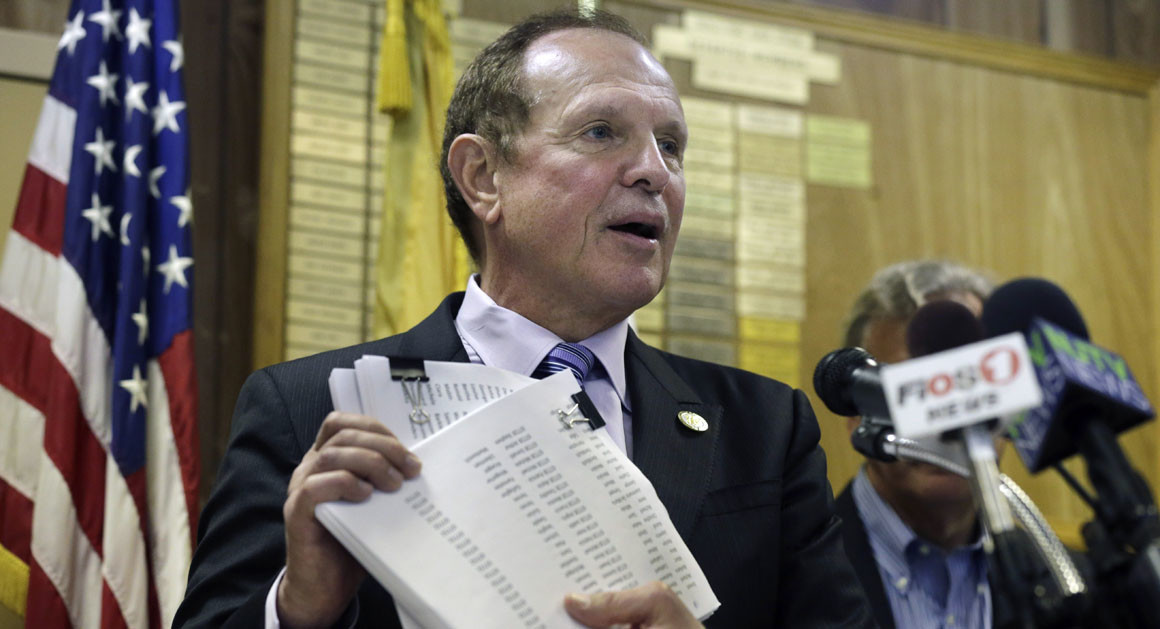 The bill, which has been in the works since early August, reiterates the current law that legalizes online gaming in New Jersey, including the history of gambling and its benefits to the state.

However, Sen. Ray Lesniak, who is slated to retire soon after almost 40 years in the state Legislature, has amended it to highlight the importance of international gaming. He writes:

“In the coming years, the global online gambling market is expected to see a compound annual growth rate, and the largest share of online gambling revenue comes from Europe totaling nearly $15 billion a year and growing at a faster rate than the rest of the world.”

In other words, Sen. Ray Lesniak, a long-time proponent of online gaming, believes that in order for New Jersey to stay ahead of the curve and continue to grow, they must expand by overcoming their self-imposed regulations. This despite the fact that New Jersey just set a new annual record for online gambling revenue.

However, for the bill to become law, it must first pass both the New Jersey Senate and House of Representatives. If it does, Gov. Chris Christie would have 45 days to either sign the bill or take no action.

Lesniak once stated he wanted to make New Jersey the Silicon Valley of internet gaming, but he’s since changed his mission to make it “the Mecca of internet gaming.” Part of that includes turning an eye toward international markets, which in the past has been restricted by the requirement that all gaming equipment be located in Atlantic City.

However, the new bill allows for the New Jersey Division of Gaming Enforcement to detach that constraint if it sees fit. The bills read:

“This bill allows the division to permit Internet gaming equipment to be located outside of Atlantic City if the division deems it necessary to facilitate the conduct of international Internet wagering.”

The bill comes on the heels of October’s interstate compact signed by Christie. That compact allowed New Jersey players to compete against players in Nevada and Delaware, the other two states with legal online poker. Pennsylvania recently became the fourth state to legalize online gaming and poker, but has yet to launch operations and hasn’t yet decided where the state stands on shared player pools.

Lesniak’s new bill has been referred to the Senate State Government, Wagering, Tourism and Historic Prevention Committee for further review. Given the current New Jersey legislative session ends on Jan. 9, Lesniak has just over a month to pass the bill before his retirement.

Finally making America Great Again by opening up trade with International partners. What better way to generate income than to rake the online poker tables filled with money from foreign players? Even players from countries banned from travelling to the US will be able to donate directly from their home countries.