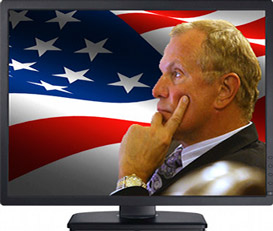 Could the Garden State be on its way to becoming to online gambling what New York is to fashion and what California is to the movie industry? The answer could very possibly be “yes,” with the recent initial approval of  a new state bill – known as S9890, and being primarily sponsored by State Sen. Raymond Lesniak (D-Union) – who says that the proposal would stimulate growth and could potentially make New Jersey the “Silicon Valley of high-tech gaming.”

The catch? In order to qualify, those businesses would have to relocate their headquarters to New Jersey. Oh, and one more small issue: they won’t be able to take any bets from New Jersey gamblers whatsoever. Think of it as a kind of reverse outsourcing, where for once, the US gets the jobs and the taxes, and then ships everything overseas.

Under the legislation, New Jersey would be able to issue gaming licenses to companies that offer online wagering to customers in foreign countries, provided they satisfy state regulatory standards.

It was passed unanimously this week by the New Jersey State Senate Government, Wagering, Tourism and Historic Preservation Committee. Next stop: the Senate Budget and Appropriations Committee.

“This could help make New Jersey the leader in online gaming, across the country and around the world,” said Lesniak. “…We should take advantage of this dynamic opportunity for a business sector with enormous growth potential. We need to lay the foundation for intrastate [sic] and international gaming now. We shouldn’t allow these opportunities to be exclusively overseas in other countries.”

“International Internet gaming is already taking place,” he said. “This gives Atlantic City the opportunity to build and expand on its casino business. We have the stability and security of a regulated marketplace, we have an educated workforce and a high-tech infrastructure. We can make New Jersey and Atlantic City a digital destination for Internet gaming.”

Analysis by consulting firm Econsult Solutions suggests the legislation could generate $5 billion to $8 billion a year in revenue and produce 11,000 to 16,000 jobs. A 15 percent revenue tax – which matches what established sites are paying now for online privileges in New Jersey – would supply the state that comfortable additional revenue source.

Once approved by New Jersey’s Division of Gaming Enforcement, these online operators – who would have to align their servers with land-based Atlantic City operators, just like existing Internet sites do – could then operate internationally. New Jersey would be required to interface on licensing legalities with foreign jurisdictions before approvals would be finalized, however.