Nevada Poker Players May Soon Have a Single Payment System 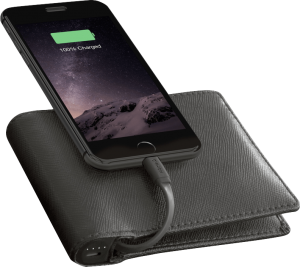 Nevada poker players may soon be able to store their live and online bankrolls in a single wallet. (Image: hellonomad.com)

Nevada poker players could soon be funding their activities using a single method known as a wagering account.

Following a workshop by the Nevada Gaming Control Board on November 8, members of the state’s gaming bodies discussed the idea of giving players a single way to fund all of their betting activities.

Although the so-called wagering accounts are currently available in a limited capacity (for sports betting and some online games), the state’s regulator wants to extend these provisions.

The idea behind the wagering accounts is to simplify the process for players and, in turn, make regulation and protection easier for operators.

By creating a single wallet where players can store funds before using them at an affiliated casino, the Gaming Control Board believes it can improve a player’s overall gaming experience.

But, during the meeting it was pointed out that such systems are already in place. According to president of Sightline Payments, Harry Hagerty, patrons at William Hill and MGM can already take advantage of what the board is now calling wagering accounts.

“Much of what you’re trying to create already exists. A prepaid access instrument, like a credit or a debit card, requires opening an actual account in a bank and has all of the FDIC protection and all other protections that state and federal banking laws provide to debit and credit cards,” said Hagerty.

As well as suggesting the regulator is trying to reinvent the wheel, Hagerty pointed out that players may have issues with credit and debit cards. US banks are notoriously fickle when it comes to processing deposits and, more importantly, withdrawals from gambling sites.

Banks Could Pose a Problem

As Hagerty noted, using credit and debit cards in conjunction with a wagering account could result in just “60 percent” of players getting immediate access to their funds.

Despite being a different state, evidence of these issues has already been seen in New Jersey.

When online gaming was first regulated in the Garden State, hundreds of players reported issues with Visa and MasterCard deposits.

Because the regulation of iGaming has only taken place on a state-by-state basis, banks have often taken the side UIGEA (a federal law), which prohibits the processing of funds to online betting sites.

Although these issues have slowly been resolved, there’s a danger that introducing a new wallet system in Nevada could result in similar problems.

While it would certainly be useful if a player could use a single account to play online and live poker in Las Vegas, the logistics might take some sorting if it’s to become a reality.