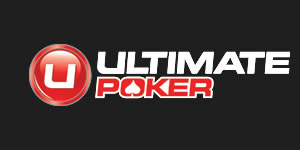 The process of building an intrastate online poker industry within the state of Nevada has been years in the making and a slow development as sites have begun to launch.

The first Nevada online poker website to launch and offer real-money games was Station Casinos’ Ultimate Poker on April 30, 2013. While the community was excited about the long-awaited prospect, the glitches with payment processing, site bugs, and limited game options discouraged some players. Most of those problems have been worked out, but the process is a time-consuming one due to all changes having to be approved by the state’s gaming authorities.

After months of advertising, Caesars Interactive’s WSOP.com finally launched in September 2013, another highly anticipated option for players. Glitches were part of that site’s initial operations as well, though the WSOP name did carry weight with some players. Even so, players were unable to use a land-based casino to deposit or withdraw funds, which made it somewhat more difficult for players who wanted to play.

The two sites are the only ones yet to launch for real money Internet poker in Nevada. The numbers are rather low overall for both sites, even with a recent television advertising blitz. According to PokerScout’s cash game traffic numbers as of October 8, Ultimate Poker was ahead in the competition with peak game numbers ranging from 277 to 363. By contrast, WSOP.com’s peak numbers of 183 to 209. Ultimate Poker averages 151 cash game players, while WSOP.com averages 83.

Meanwhile, other operators that hoped to be in action prior to the end of 2013 are still lagging behind. Four licensed Internet poker companies that were in line to launch just recently requested another six-month extension from the Nevada Gaming Commission. Each already received one six-month extension, which allowed them to continue pursuing efforts despite passing the launch deadline set by their licenses. Golden Nugget, Boyd Interactive Gaming, MGM Resorts Online, and Z4Poker of Reno have all expressed the need for more time to prepare their online poker rooms for real-money action. The Nevada Gaming Commission will rule on the extension requests on October 24.

Meanwhile, the two running sites in Nevada are currently prepared to compete for online poker tournament traffic. Ultimate Poker started its Ultimate Poker Championship series on October 10, and it will run its 11 tournaments through October 20, including a $300 No Limit Hold’em Main Event with a $100K guarantee on October 20.

Not to be left out, the WSOP Online Championship is set to begin on October 25 with nine tournaments that run through November 2. The winner of each event will comprise the Online Nine, a $100K freeroll that will take place on November 4 and run in conjunction with the WSOP Main Event November Nine final table in Las Vegas.