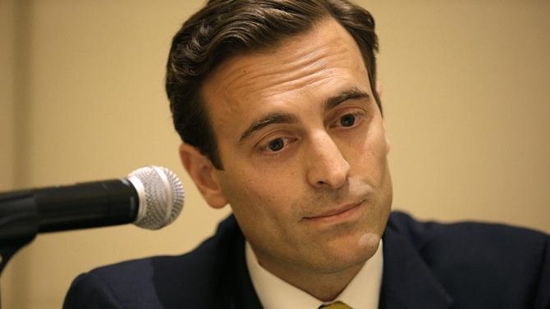 The fate of online poker in Nevada was unexpectedly thrown into a state of uncertainty this week after the state’s Attorney General Adam Laxalt announced that he was willing to sign a letter supporting RAWA.

Although the Sheldon Adelson-backed Restoration of America’s Wire Act (RAWA) bill has been largely ignored or dismissed each time it’s had to face any real scrutiny, the billionaire and his supporters continue to push the issue.

Intent on bringing an end to online gambling in the US, RAWA supporters have continued to lobby anyone they feel can be persuaded to join their cause. They claim that online gambling is a scourge to society and that it corrupts underage children.

Now in Nevada, a state where online gambling has been legal and regulated since 2013, it seems this pressure has caused State Attorney General Adam Laxalt to join the movement.

During a recording of the TV show Ralston Live, Laxalt told the show’s host that he would be signing a letter that’s currently circulating among Attorneys General across the US.

Over the last two years, there have been a number of outspoken supporters of Adelson and RAWA, including Jason Chaffetz (R-Utah); however, to the general public’s knowledge, Laxalt has never been one of those people.

Aside from being a shock to many in the gaming community, the news could potentially set Nevada back 30 years according to MGM CEO Jim Murren. Worried that Laxalt may actually go through with his plan to sign the letter, Murren told Ralston Reports that it could harm everyone in Nevada.

This discontent has been echoed by a number of senior figures in Nevada, including the state’s governor, Brian Sandoval.

In addition to outlining the benefits of online gambling and the “groundbreaking” provisions Nevada has put in place since regulating the industry, Sandoval expressed concern that a chief lawmaker would so willingly turn against state laws in favor of a federal proposal.

“I am very concerned that anyone representing the state’s legal interests would speak out against current state law in our leading industry. At its core, this is a state’s rights issue and I disagree with the Attorney General that a federal government one-size-fits-all solution is in the best interest of Nevada,” Sandoval explained.

For his part, Laxalt has stated that he has had no contact with Sheldon Adelson. But he also failed to offer an in-depth explanation as to why he plans to sign the letter.

Although Laxalt’s signature on the AG letter won’t make RAWA a reality, it will certainly be a blow to Nevada and US iGaming as a whole.

Since regulating the industry, there have been no reported instances of criminal activity or any other misdemeanors in Nevada. However, if the state’s AG is willing to support a piece of legislation that would outlaw online gaming, it could suggest to the uninitiated or inherently skeptical that something is fundamentally wrong with the system.

While it’s unlikely many political figures outside of RAWA’s circle will think this way, it’s certainly a possibility and yet another hindrance the iGaming industry will have to deal with in the coming months.