Neteller to Return to New Jersey to Solve Payment Woes 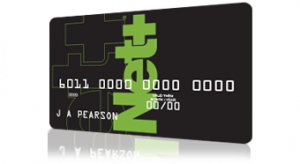 Neteller is set to return to the United States thanks to a deal struck in New Jersey via a partnership with Optimal Payments. (Image: Neteller.com)

Neteller, who was once synonymous with online poker in the United States, is set to return to New Jersey thanks to a new partnership deal. Pala Interactive announced a deal with Optimal Payments which provides Neteller branded payment processing to online poker and gambling customers in the regulated New Jersey market. It is the hope of many that Neteller can come into New Jersey and solve their payment processing woes, which is widely believed to be stifling growth of e-gaming in the state.

Deal Brings Back Neteller and Skrill

The New Jersey Division of Gaming Enforcement (DGE) has approved a conditional license waiver for Pala Interactive, who has designs to open up a real-money online poker and gaming room in accord with its land-based casino partner, the Borgata Hotel Casino & Spa.

With the return of Neteller after seven years of absence, poker players in New Jersey will have not just one but now two popular e-wallet solutions, along with Skrill. Both companies have a long history of working with online gaming industry partners and still have recognition with players in the United States.

The Problem Neteller and Skrill Can Solve

Payment processing issues have plagued New Jersey players and online poker sites since the inception of regulation in the Garden State. Many feel that the payment processing issues aren’t just the number one complaint on both sides, but genuinely stifling growth of the industry. Introducing Neteller and Skrill allows players who have had credit and debit card transactions rejected a different alternative where currently they have none. If players cannot make deposits nor have confidence that they can get funds off of sites, they simply will not play.

What Players Must Know About Neteller and Skrill

At NJ PartyPoker, Skrill is immediately available as a deposit and withdrawal solution, and is also available at Borgata Poker, a sister site. Players have a wide range of limits for depositing and withdrawals on Skrill, as the minimum is just $10 and the maximum set at a generous $50,000. Withdrawals and deposits are handled within seconds. PartyPoker does not invoke any fees for either deposit or withdrawal transactions.

Neteller, a competitor in the e-wallet industry to Skrill, has recently been added as a payment solution on both WSOP.com and 888poker. Unfortunately, it’s been only available for deposits, so if players want to make a withdrawal, they would have to use one of the alternate solutions, which include casino cash or a bank draft, to get their funds. This new deal should free up that roadblock and allow Neteller to be available as a withdrawal option in the near future. Deposit limits at WSOP.com for Neteller are the same as the limits mentioned before for Skrill, although WSOP has stated that players can widen their limits via an identification verification.

While Neteller is generally regarded as more versatile than Skill, both companies have excellent reputations in the online poker and gambling industry. Players should be aware that the only way to fund a Neteller (or Skill) account is via a MasterCard or Visa transaction, which are processed near-instantly. Transactions through Neteller carry a 2.5% fee, with poker sites waiving any fees of their own when working with them.