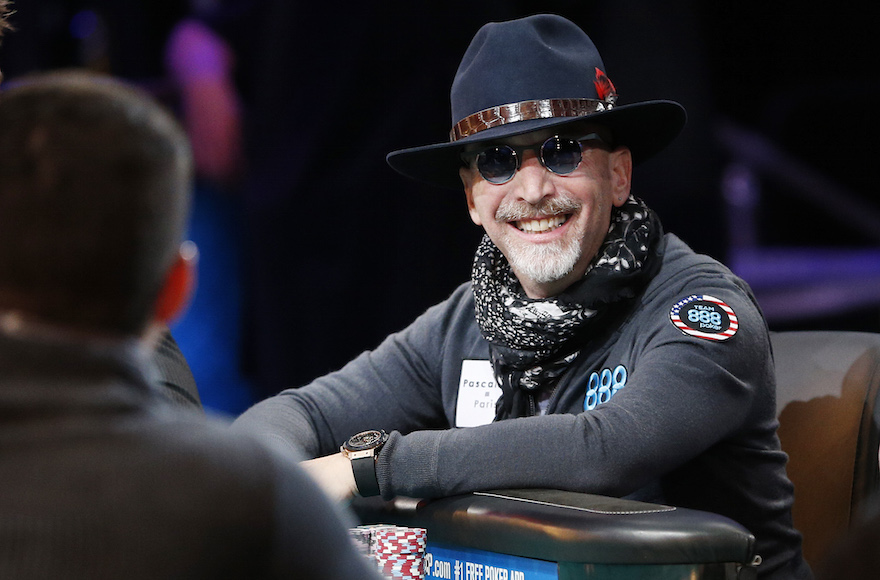 November Niner Neil Blumenfield enchanted most ESPN viewers with a refreshing lack of ego and a healthy scoop of considerable feistiness, particularly on Day One (of three) for the World Series of Poker’s final table playdown last week.

Having already been gracious enough to speak to us just before the November Nine Main Event finale began, Neil was once again kind enough to answer a few more questions for us exclusively at CardsChat, just a few days past his third-place finish wrapped up.

With a little time and perspective to digest all that had happened, he answered our questions as he does best: with candor, humility, and humor.

CC:  You just won $3.4 million dollars. Is that life-changing money for you, or just some added cushion to what’s already there? Any exciting cars/homes/trips in your future now?

NB: First, I am just holding about half of that for the government until April. So it’s still not enough to buy a house in San Francisco. [sly smile]

The money gives me a cushion for retirement. Prior to the win, I was unsure how I was going to retire and be able to live in a lifestyle anywhere near what it’s been. Retiring in San Francisco was simply not an option. Now, I am much more comfortable, so, to that extent, it is life-changing.

CC: You thanked your coaches in your post-game interview on ESPN. Can you tell us what specific strategy they advised you to use during the final table?

NB: Amir Lehavot and my coaching team were awesome. More important than specific strategies was just improving my game. Improving range assessment, bet sizing, choosing spots, understanding ICM, etc. But we did decide to take advantage of my image and my strengths by looking for three-bet and four-bet opportunities to take small pots with little risk.

CC: You seemed to three-bet more often on Sunday than the final two days. Was that by design, or were you just unable to find the right spots on Monday and Tuesday?

NB: The spots just did not come as much the second two days. I did pass on a number of spots all three days, but just found more interesting opportunities on Sunday. I haven’t seen much of the broadcasts yet, but I’m sure I will see opportunities that I passed on that would have been profitable to take [once I do].

CC:  If you could have any hand back that didn’t turn out well for you, which hand would it be?

NB: There [were] three on Tuesday.

First, barreling Q8 vs Joe. This was a reasonable play as far as EV, but very bad for ICM. I had a good chip lead on Josh, who was very active and should have been far more cautious about getting into a big pot with Joe.

Second, three-betting A7h vs Josh. This should have been a shove. Three-bet folding here was horrible.

Third, getting it in with [deuces] after Joe’s three-bet of Josh. Should have laid it down, even though I was very short. Who knows? Maybe Josh would have gotten it in and lost, giving me second [place].

CC: At the end of the day, it seemed like age was less of a factor in how things played out than poker tournament experience and acumen. Looking back, would you have done anything different the last few days of play?

NB: Other than bringing my A game on Tuesday, I would not have done anything very differently. I came in well-prepared, well-coached, and rested. Amir thinks we could have spent more time prepping for short-handed play, but the mistakes I made were just bad decisions. I know better.

CC:  Do you think you winning would have had a greater positive impact on poker, almost like a latter-day “Moneymaker Effect”? Does another experienced 20-sumpin pro winning discourage the casual player too much and make them feel the dream is unattainable?

NB: Obviously, had I won, it would have been a great statement about older players and amateurs competing on the biggest stage in poker. However, I think the fact that I got to Tuesday [Day Three of the November Nine] has almost the same value. What I did can be done by anyone who has some skill and puts in the work, as long as the breaks go well. I hope I have more opportunities to give back and promote the game I love.

Man, this is a man to hold up not only as an ambassador for poker, older poker players and amateurs in poker but as a man in general. What a respectful, polite and unassuming man he is.

Good on you Neil. Enjoy your rewards, you ha.ve earned them and you deserve them.

Here’s hoping there are lots more ahead for you