Wednesday was an eventful day at the 2017 World Series of Poker. Daniel Negreanu dropped a pair of heads-up matches, the Colossus found its million-dollar winner, and WSOP officials explained why cards at the One Drop High Roller final table were showing unusual markings. 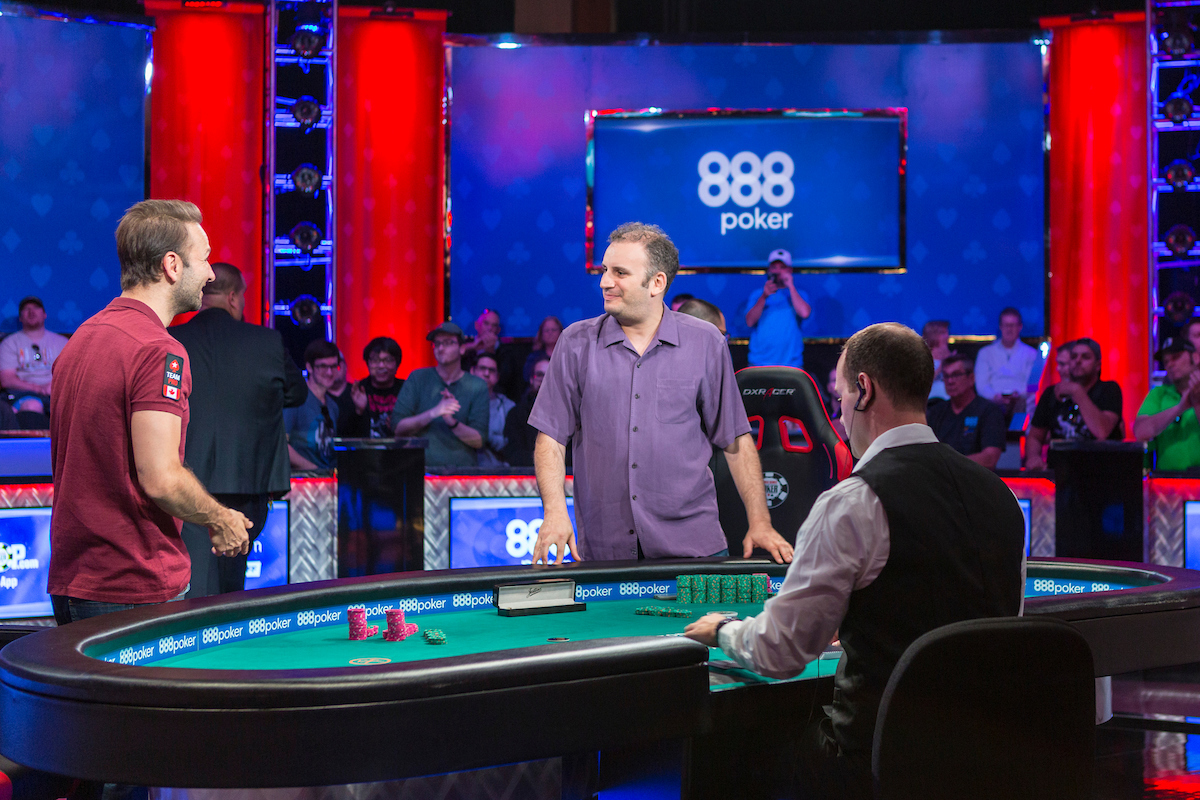 Negreanu’s day began where he left off on Tuesday, facing Abe Mosseri heads-up for the bracelet in Event #9, $10,000 Omaha Hi-Low 8 or Better Championship. Kid Poker faced a 2-to-1 chip disadvantage, and was unable to mount a comeback against a formidable opponent.

Negreanu would have to wait for his seventh career bracelet, and will have to come back and try again before winning his first of the 2017 WSOP, after betting he can win three.

But there would be no redemption for Negreanu, who lost his first match to Adrian Mateos.

One key hand served as a microcosm for the poker Hall of Famer’s day.

The turn was the A♦. Little help to either player, it would seem. Negreanu fired out a small bet, about one-fifth pot, and got the call. Then one of the three sickest cards in the deck, the 3♥, landed on the river.

Negreanu sarcastically laughed when Mateos bet. He knew he was beat but couldn’t find a fold. Game over. For the second time in just a matter of hours.

Event #5, $565 Colossus III, is essentially a lottery. The tournament had 18,054 entries and an unfavorable blind structure. But credit must go to champion Thomas Pomponio, who beat Taylor Black heads-up to win the guaranteed $1 million first prize. As runner-up, Black will take home $545,480.

It was Pomponio’s first bracelet, and a huge bump for the New Jersey native, who had previously won before, but never anything more colossal than a $24,000 tournament score.

Bracelets flew fast and furiously on Wednesday. And not just in tournaments that Negreanu wasn’t winning.

The fourth and final bracelet awarded Wednesday went to David Bach, who outlasted 364 players in Event #11, $1,500 Dealers Choice 6-Handed. He beat Kevin Iacofano in a quick and easy heads-up battle to win $119,399 and his first WSOP title.

But it was far from Bach’s biggest score of his career. He now has more than $3.6 million in live tournament winnings, good for 3rd on Georgia’s all-time money list. He has about $3.2 million to go to catch state leader Josh Arieh.

During the final table of the One Drop High Roller on Monday, eventual champion Doug Polk announced on Twitter that there seemed to be marked decks in play. He claimed to have looked down at his cards and “discovered there were white dots at different patterns for each card.”

The clock was paused so that the WSOP could investigate the situation. Haralabos Voulgaris, another final table participant, also said he noticed unusual spotting.

When CardsChat reached out to Seth Palansky, vice president of corporate communications for Caesars Interactive Entertainment, he explained how the WSOP knew exactly what happened, despite conspiratorial claims circulating online:

“There’s no validity. The cards had scuffs caused by an improper calibration of the automatic shuffler. They were set to our normal playing cards but we were using special RFID cards for the feature table. It was an honest oversight at the beginning of the series. The pattern would have been similar on the cards because of the wrong calibration causing scuffs in nearly the same location after each shuffle. As soon as the issue was brought to our attention, the tournament was paused. We replaced the cards after reviewing the matter and replaced the card shuffler, and the issue stopped.”

Wonder Woman and Other Tourney Notes