Does Negreanu Deserve His Newly Acquired ‘Player of the Decade’ Title? 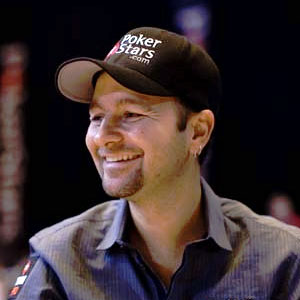 The Global Poker Index named Daniel Negreanu as their poker player of the decade based off of various factors, but does the controversial pro deserve the moniker over other champs?

An independent rating service has named professional poker player Daniel “Kid Poker” Negreanu as its “Player of the Decade.” The Global Poker Index (GPI), which purports to examine poker statistics and crunch the numbers to ascertain pro poker’s top player over the last 10 years, made the announcement at the start of the New Year. And although it may seem strange to name anything “of the decade” for the years 2004 through 2013–similar honors usually come at the end of a numbered decade, such as Pete Rose being named Major League Baseball’s “Player of the Decade” for the 1970s–the accolade makes some sense.

A Golden Decade for Poker

The so-called “poker boom” that saw the world embrace the game, television become saturated with it and poker pros become celebrities was ignited in late 2003. That year an unknown Memphis accountant with the Dickensian name of Chris Moneymaker parlayed a $39 entry fee into an online poker tournament into a win at the World Series of Poker Main Event, along with millions of dollars in prize money. If nothing else, the last 10 years have been the Golden Era of Poker, so a mechanism to determine who was poker’s best during that era is notable.

How the Winner Was Determined

So how did GPI arrive at its selection of Negreanu, a wacky 38-year-old high school dropout from Toronto, Canada as its “Player of the Decade?” According to GPI, their crew looked at a number of metrics to make the call; notably offline poker tournament finishes, particularly tournament wins, and monies earned (online success wasn’t considered, perhaps because it’s harder to track). Through a complicated formula it used to mash the data and compute a champion, it awarded “points” for various accomplishments and determined that over the past decade, Negreanu had amassed a total of 7,377 points and surpassed all other poker pros during the time period.

Finishing as the runner-up for GPI’s “Player of the Decade” was Erik Seidel with 6,953 points, followed by Michael “The Grinder” Mizrahi with 6,553 points, Barry Greenstein with 6,457 points, John Juanda with 6,261 points, Bertrand “ElkY” Grospellier with 5,778 points, Shannon Shorr with 5,578 points, J.C. Tran with 5,569 points and Phil Ivey with 5,422 points. Record-breaking at the sport’s highest level apparently did nothing to earn one a spot among the GPI’s elite. Phil Hellmuth Jr., who has won six World Series of Poker championship bracelets during the last decade–more than anyone else in that time period–and upped his career total to a record 13 bracelets, didn’t finish among the top nine in GPI’s rankings.

Negreanu, who has earned a total of $19,549,209 in his career playing offline tournament poker, was neither shy nor modest when informed he had been named GPI’s “Player of the Decade”. “I’m very honored by this award,” Negreanu said. “I’ve worked hard on my game throughout the decade, so that I could find ways to consistently win year in, year out against tougher and tougher competition each year. I’ve never wanted to rest on my name alone and winning has always been important to me. The game has changed a lot over the past 10 years, but the key ingredient for success hasn’t–confidence. I enter the next decade more confident than ever before.”

It’s not only been a successful decade for Negreanu, it’s also been a controversial one. In addition to becoming a poker champ, he also became Canada’s version of Archie Bunker, the TV bigot of the 1970s. Through hateful blog posts, Twitter posts, magazine articles and online videos, Negreanu has offended nearly every ethnic group on the planet. Among other things, he wondered publicly why there is no White Entertainment Television to counteract Black Entertainment Television (a cable channel for African-Americans in the United States), announced that “his dog hates black people,” posted an online video where he wore blackface, did a mock Chinese accent in another video, Tweeted that women are “bi-yatches,” mocked the handicapped in another Tweet and, perhaps most famously, said in an interview that fellow poker pro Annie Duke is “a c**t.”

In addition to athletic talent and accomplishment, baseball’s Hall of Fame additionally considers one’s personal character before bestowing its highest honor on a ballplayer. Perhaps the Global Poker Index might want to do the same before handing out any similar kind of honor, earned or not.

Daniel has met the criteria that the Global Poker Index uses so of course he should be named the player of the decade. According to them he was the top in more than any other player so he deserves the honor. The other champs did not perform as well.

Its true. Annie duke is a c**t