Negreanu Bets He Can Win Three Bracelets at 2017 WSOP

Daniel Negreanu is a confident man. And why shouldn’t he be? After all, the 42-year-old poker hall-of-famer has more than $33 million in career tournament winnings, more than anyone else all-time. But there is a difference between confident and crazy. 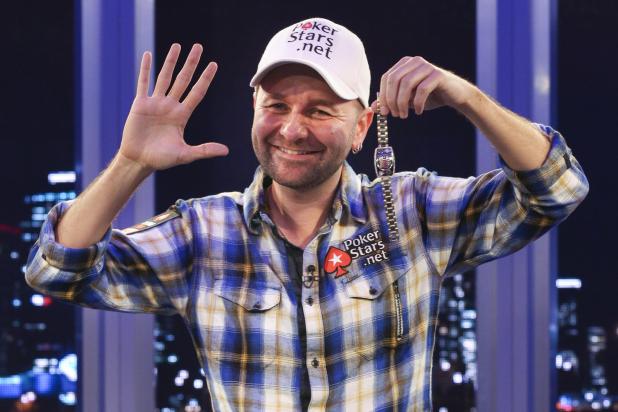 Whoa, says Daniel Negreanu, he only can bet so much on winning three bracelets at the 2017 WSOP. (Image: PokerStars)

Negreanu just made what could be considered one of the more insane wagers in the annals of poker lore. He bet Ben Lamb he will win three WSOP bracelets this summer.

Only five players in history have won three bracelets in one year. And no one has done it since Jeffrey Lisandro in 2009. George Danzer and Jason Mercier are the only players to ever win four.

Even more ridiculous are the odds Negreanu is laying. He’s giving Lamb even money on his bet. He probably could have gotten even money on two bracelets, perhaps even just one. Negreanu may be a six-time WSOP champion, but these bracelet runs have been spread out over 20 years.

Negreanu says the purpose of this bet is to push himself throughout the summer. He’s confident in his game and wants to prove he’s still one of the best players in the world.

On Monday, he tweeted: “Just bet @BenbaLamb I’d win 3 WSOP bracelets this summer at even money. He is lighting money on fire. Punish him!!!”

The PokerStars Team Pro didn’t reveal the size of their bet. But it’s safe to assume these high-stakes gamblers aren’t wagering a hot fudge sundae at Dairy Queen.

Immediately after announcing the bet on Twitter, other players soon wanted in on the action. Chance Kornuth was the first to bet against Kid Poker. But Negreanu would only allow so many players to gang up against his bravado.

“Sorry guys,” he tweeted three hours later, “no more action available at event money for me winning 3 WSOP bracelets this summer I reached my cap.”

Gamblers need action. Playing for millions of dollars in cash games and in WSOP tournaments just isn’t enough for some players.

Every year, there are players whose prop bets become headlines at the WSOP.

Last year, Vanessa Selbst gave Jason Mercier 180-1 odds on a $10,000 bet that he couldn’t win three bracelets. The bet turned into quite a sweat.

Mercier, hoping to win $1.8 million from his fellow PokerStars Team Pro, won a bracelet early in the summer. A few days later, he finished 2nd in another event. Later that week, he won a second bracelet.

Selbst had to sweat out the rest of the summer, but luckily for her, Mercier’s winning came to an end. He knows how difficult it is to win three bracelets in a year. But at least he got favorable odds.