The upcoming NCAA Tournament — one of the biggest sporting events in the world — will look a bit different on television this year. That’s because the NCAA has decided to ban fans from attending the games due to the coronavirus pandemic. 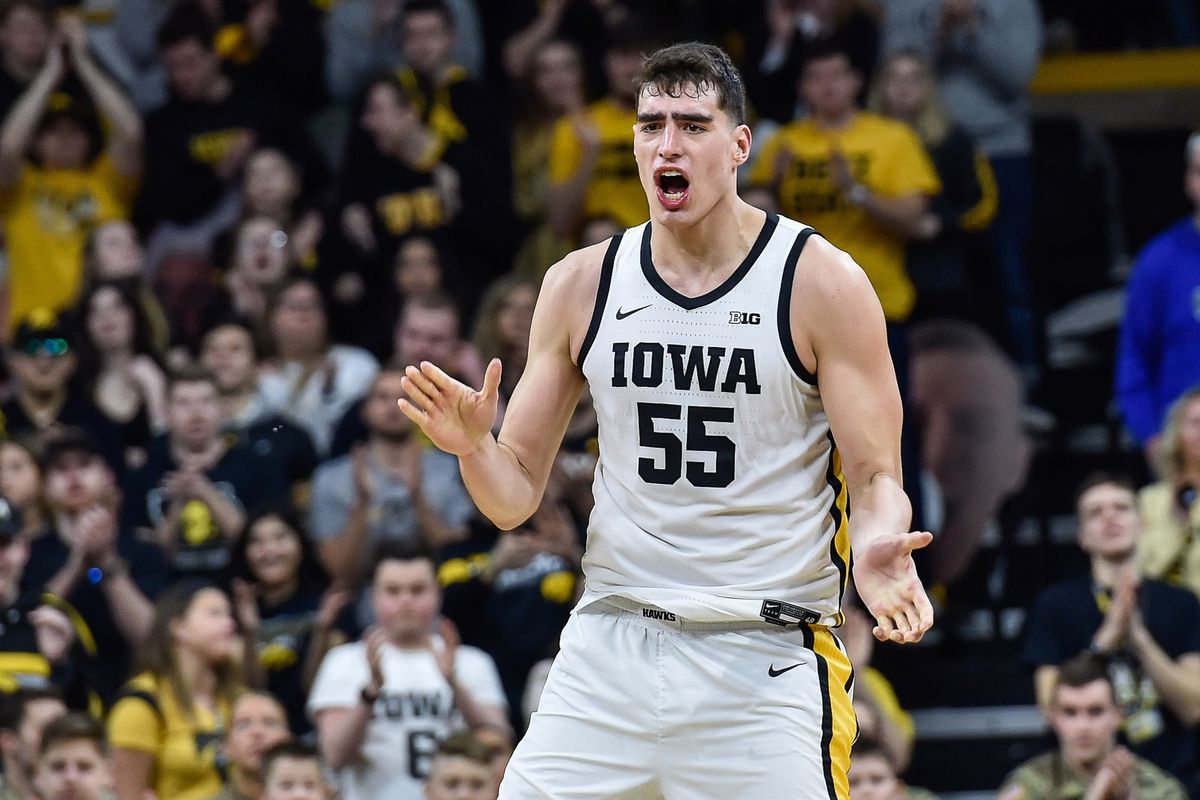 You won’t get to watch the best player in the country in person — Iowa’s Luka Garza — at this year’s NCAA Tournament. (Image: Black Heart Gold Pants)

March Madness kicks into high gear this week as college basketball’s conference tournaments are underway. As of Wednesday morning, fans were permitted to attend the conference tournaments. But the Big Ten, Pac-12, and Big-12 conferences announced Wednesday afternoon that all remaining tournament games starting on Thursday will be played in empty arenas, much like those you’ll see at next week’s NCAA Tournament.

Large crowds pose a threat to public safety during the COVID-19 pandemic, according to the Centers for Disease Control and Prevention (CDC). NCAA Men’s Basketball Tournament games attract crowds of up to 30,000 fans.

NCAA president Mark Emmert and his staff had to make some tough decisions. March Madness is worth millions of dollars to the non-profit organization and generate millions in revenue for host sites located around the country. But due to public safety concerns, Emmert had to weigh his options — risk fan safety to make a buck or ban the fans.

“The NCAA continues to assess the impact of COVID-19 in consultation with public health officials and our COVID-19 advisory panel,” the NCAA president said in a statement. “Based on their advice and my discussions with the NCAA Board of Governors, I have made the decision to conduct our upcoming championship events, including the Division I men’s and women’s basketball tournaments, with only essential staff and limited family attendance.”

He chose the latter, but many aren’t on board with the decision. Some basketball fans believe the coronavirus scare is overblown and aren’t afraid of attending NCAA Tournament games in-person. Others on social media, however, praised Emmert’s bold move just eight days before tip-off.

Cancellations All Around the Country

The coronavirus threat in the US is impacting the way Americans live. The NCAA Tournament is just one of many events taking precautionary measures. In Las Vegas, MGM Resorts temporarily shut down its popular buffets due to COVID-19.

The World Poker Tour also announced the cancellation of its upcoming WPT Deepstacks event in Maryland. Numerous other poker events could soon be postponed, but there still hasn’t been an announcement on the status of the 2020 World Series of Poker at the Rio in Las Vegas.

As it stands, the WSOP is set to begin May 26, with the first bracelet event May 27. So, there isn’t immediate need for the operator to announce a decision, unlike the NCAA Tournament which begins next week. Still, many poker players are unsure if they should arrange travel plans for the summer in Las Vegas.