UFC Star Brings Players to EPT Dublin, But Kanit is the Knockout King

The EPT Dublin broke new ground on the Irish poker scene late last week, after Italy’s Mustapha Kanit took down the most expensive tournament ever held in the Emerald Isle to win the €501,640 ($558,682) top prize. 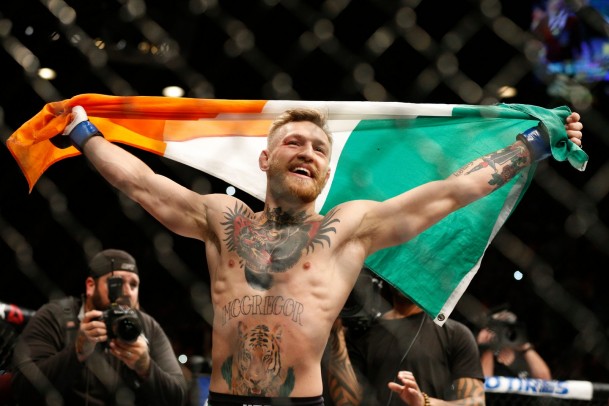 Kicking off late last week at the entertainment venue known as the Royal Dublin Society, the €25,750 ($28,678) high roller attracted 70 entries before a final table of eight fought for the title on Saturday night.

King Kanit Does It Again

Leading the way at the start of play was Kanit and, despite a flurry of potentially life-threatening action in the early stages, he managed to maintain that advantage until the end.

After contributing to the demise of those around him, Kanit took little time dispatching Chance Kornuth heads-up.

Despite losing the lead early on in the match, Kanit bounced back and eventually secured his third EPT high roller title and the more than half-million dollar top prize in the early hours of Sunday morning.

Riess Looking for a Fight in Dublin

While Kanit and his European peers were content to make the short trip to Ireland for a chance to make history, American pro Ryan Riess was drawn to the event for a very different reason. Talking to Pokernews after being knocked out of EPT Dublin’s Main Event, the 2013 WSOP Main Event champion explained that he’d made the long haul trip to Ireland because of UFC star Conor McGregor.

Following the fight, Riess decided that a trip to McGregor’s homeland was a must, so he decided to combine work and pleasure with a trip to EPT Dublin. Unfortunately for his bankroll, Riess failed to make it deep in any of the events. But he was able to follow in the footsteps of his UFC idol by taking a trip around the streets of Dublin, while Kanit completed his knockout performance in the high roller.

About the Irish Poker Open

For those who know about poker in Ireland, the annual Irish Poker Open has long been seen as one of Europe’s premier events, thanks to a history that stretches back to 1981.

After playing alongside the likes of Doyle Brunson in Las Vegas back in the eighties, Irish bookmaker Terry Rogers, affectionately known as the “Red Menace,” took the concept of tournament Texas Hold’em back to the motherland, and the Irish Poker Open was born.

While the spring festival is still seen as one of the top stops for many pros, the European Poker Tour’s (EPT) recent stop in Dublin has managed to etch its name into poker history with the largest buy-in event in the country’s history.