Poker in Las Vegas during the summer is hot. The $1,100 Mid-States Poker Tour Venetian has welcomed a record number of entrants at its Las Vegas stop — speaking well for the ability of tournaments not at the Rio to draw similarly massive fields. 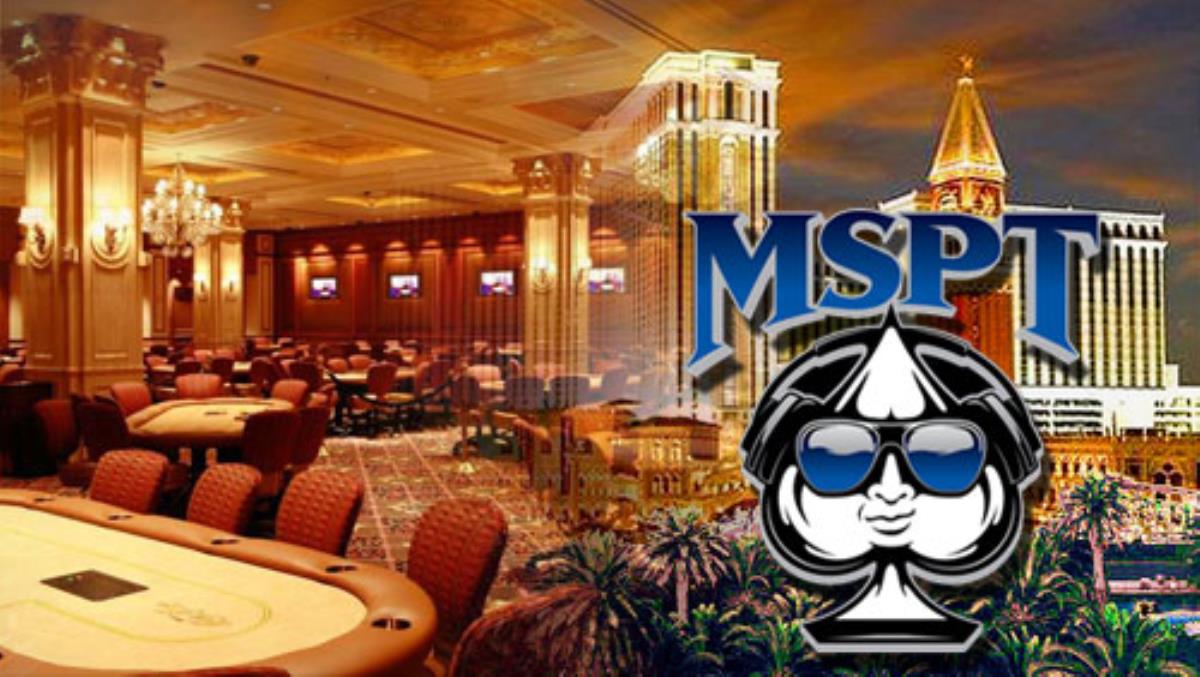 As players packed the Rio All-Suite Hotel & Casino in search of a WSOP bracelet, those with an eye on some alternative value headed to the Venetian for the Las Vegas leg of the MSPT.

Offering a $3.5 million guarantee, the organizers expected a huge turnout — and players in Las Vegas delivered.

When the registration desks closed after four starting flights, the final field surpassed all expectations. With 4,411 entry fees collected, the final prizepool topped $4 million to give the eventual victor a $495,500 payday.

When the final session got underway on June 8, 39 players returned to the felt in a bid to conquer the largest tournament in the MSPT’s and the Venetian’s history. As the field thinned and the likes of James Rodriguez (17th, $30,105) and Iaron Lightbourne (12th, $43,007) hit the rail, Young Eum entered the final table as the short stack.

With no more than a few blinds to his name, the LA native thought he’d found a way back into the mix with pocket kings. His dreams soon came to an end though thanks to Tyreem Williams’ big slick and an ace from space on the flop.

As Eum headed to the rail to collect his $43,007 consolation prize, the soon-to-be-winner David Levine started to make his move. Watching as his opponents slowly knocked themselves off, Levine won a crucial pot when his K♥J♠ out-flopped Scott Massimiano’s A♥K♠.

Moving all-in with top pair, Massimiano could only stare at the K♦9♦J♦8♠7♥ board that gave his opponent two pair. With two players remaining and just a $200,000+ difference in prize money between first and second place, Levine and Felipe Davila agreed a deal.

After running the numbers, the pair took $405,000 each and left $90,000 on the table. With the money set, it didn’t take long for Levine to collect the extra cash thanks to another slice of good fortune.

Following a raising war on the flop, both players put their chips in with the board showing J♥5♦9♥. Levine was quick to reveal his K♥9♠, leaving Davila in need of some help with K♣T♦. That help never came as the 3♦ and 4♥ completed the board to push the final pot in Levine’s direction.

When the lights went down on the record-breaking event, the new MSPT champion told the live reporting team that a healthy doses of good luck and good play were the keys to his success.

“I knew if I wanted to win it I’d have to use whatever cards that I got, and I was lucky enough to get quite a few good hands. I had a good run. I had some monumental hands that helped me get right back into the tournament,” Levine said on June 8.

Is 4,400 an attendance record or has this been beaten before?

Is this an attendance record or has this been beaten before at another WSOP event and venue?