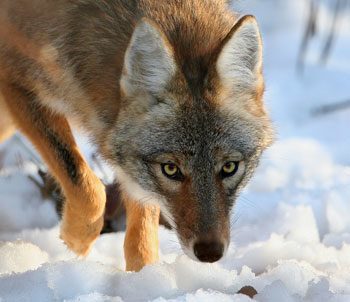 The Microgaming Poker Network (MPN) has struck a blow against “bum-hunters” and tracking software with the introduction of a new and unique option that will allow players to change their screen names every 30 days, or after every 1,000 real-money hands.

The feature was initially earmarked for roll out in July, but had been delayed due to technical hiccups. MPN Head of Poker Alex Scott said it will be available on all MPN skins before the end of the month, and on most skins by as early as September 22.

It’s the latest move in the push by the online poker industry to tackle the practice of “bum-hunting,” whereby accomplished players actively seek out only bad players to feed off of.

The skill gap between new and accomplished players in online poker has become so great that “recreationals” are finding it increasingly unbeneficial to stick around in the game. Targeted by players with tracking software, they lose their money too quickly and never return.

Meanwhile, because the use of tracking software and HUDs allow good players to multi-table at lower limits, grinding out volume at stakes that would not otherwise be possible, recreational players often come in contact with extremely competent opponents too early in the online poker experience.

“The intention behind this is simple,” explained Scott, speaking to Pokerfuse. “We want to stop parasitic players from ruthlessly pursuing weaker players. We also want regs to play each other once in a while … So we’re making the alias change feature quite prominent and I hope that a lot of players will use it.

“In order to target and exploit a player, you need to know enough about them. Just playing 50 or 100 hands with a player isn’t enough to understand their playing style and make good decisions based on it,” he continued.

“That’s why we’ve initially set the limit at 1,000 hands. However, the limit is configurable, and we can easily reduce or increase the number if our analysis of the effects indicates it would be appropriate.”

MPN already offers an anonymous tables option, as do many other sites. In 2011, Bodog became the first to go completely anonymous, and has thrived ever since. Last month, Full Tilt made the dramatic decision to remove game-selection facilities and heads-up play in all its ring games. The hope was that it would help attract and improve retention of recreational players.

PokerStars has also indicated that it’s prepared to reconsider its policy on acceptable player assistance software, hinting that it would become “significantly more restrictive” over the course of the coming year.

Maybe if this works for MPN then maybe the main sites will follow, I don’t like the name changing thing, they should just ban the use of tracking software like they ban other software aids.