No Movement for Illinois Online Poker 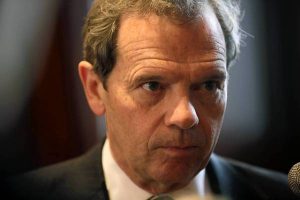 Hopes for another state to join online poker have been dashed in Illinois at the present time. Many analysts include Illinois on a list of states with a likelihood of legalizing some form of online gaming this year, but State Senate President John Cullerton (D) revealed that any such speculation is inaccurate until the state handles the long-standing issue of expanding land-based gaming to non-riverboat casinos.

Cullerton has been a supporter of his state’s participation in the growing online gaming industry in the US, but he acknowledged last week that online poker cannot be pursued “until we resolve whether or not we’re going to have new casinos in Illinois, and that again is very difficult to predict.”

He spoke on the issue at a recent press conference regarding the state budget. Though he supports the revenue that could be garnered from online poker and is confident that “it’s something that’s going to be here,” he is choosing to focus on bigger gaming revenue.

Illinois is no stranger to gaming, having legalized riverboat casinos in the early 1990s. It was the second state to do so, and the revenue for the state has been beneficial for several decades. The handful of riverboat facilities has been popular enough that the state recently began consideration of land-based casinos.

Chicago native Rahm Emanuel (D) returned to his home state after a stint with the Obama administration and was elected Mayor of Chicago in 2011. He has been a staunch proponent of casino expansion, touting the much-needed revenue that a downtown Chicago casino could provide for the city’s schools, which have been hard hit by the economic downturn of the past years. There are also tourism benefits and the desire to keep residents from crossing state borders to gamble in neighboring state casinos. He supports casinos across the state, as well as slot machines at airports and horse tracks.

Cullerton first came to the attention of poker media in 2012 while standing up for proposed online gambling legislation in Illinois. His bill offered a state lottery-controlled system to be used by casinos and horse racing operators in Illinois to offer online games, and he pushed for passage through hearings and a mostly personal campaign. At that time, he wanted his state to become “a hub for Internet gambling around the world,” and hoped Illinois would take the lead to become one of the first states in America to legalize it.

These actions were taken after the US Department of Justice publicized a decision on the 1961 Interstate Wire Act that the law did not pertain to online gambling and lotteries with regard to the Internet, a decision that was requested by Illinois lottery officials to clarify the possibilities of expanding lottery options. However, Cullerton did not find enough support in the legislature to push his online gaming bill forward.

He made another push in 2014 with a bill that proposed the legalization of online poker. The Illinois Executive Senate Committee held a hearing in late February 2014, at which Poker Players Alliance Executive Director John Pappas testified. He focused on the protection of consumers and the solid record of European countries with online gaming, while Cullerton noted that “people are already gambling, and we’re not making any of the money.” The legislator admitted that the legalization would be a complicated process, but he continued to support the bill.

As of last week, the bill is again on hold pending the outcome of two other bills regarding brick-and-mortar casino projects. Cullerton admitted that all of the interests involved – including casinos and horse racing facilities – make it “hard to thread the needle on that bill.” However, if that issue is resolved, there is little doubt that Cullerton will make another attempt to bring online gambling to the legislature.