Most Compelling Poker Personalities of 2015

When it comes to poker, personalities are in no short supply. Whether colorful or creepy, engaging or distasteful, no one can say the game lacks interesting players. Of course, some say that the colorful personalities of yore, the Doyle Brunsons and Amarillo Slims, have all but disappeared from the game in the Internet age.

We disagree. Throughout 2015, plenty of characters made their presence felt, on or off the felt. While some might be better known for their “game” than their game, if you get our drift, they all caught our attention. With that in mind, here are some of the players who kept us enthralled throughout this past year. 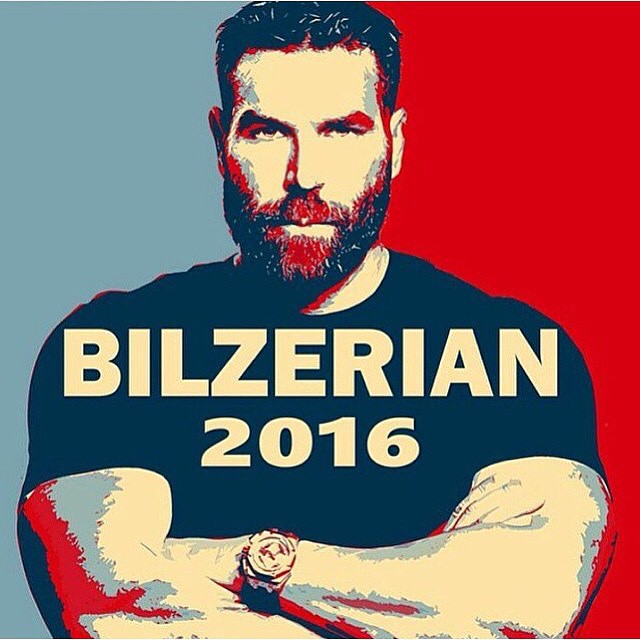 Dan Bilzerian’s presidential campaign got underway in June 2015, and he celebrated by lounging on a yacht with some bikini-clad women. We’re pretty sure that the women remain, but the bid has been thrown to the wayside. (Image: Instagram.com/danbilzerian)

Bilzerian may be many things, but he is not a terrorist. The lustful playboy was merely hoping to while away a few happy hours, harmlessly blowing stuff up in the desert, it seems.

Fearful that he could be sent to prison (again), he took a plea bargain and was forced to make an amusing public service video for the Bureau of Land Management on the intrinsic folly of blowing stuff up in the desert.

Oh, and then he decided to run for president in June 2015. We’re not sure what party he aligned with, but we know it was a really good one (see what we did there?) We haven’t seen him on any debates, so we’re thinking he got over it.

Things looked sort of bad for Malaysian high-stakes player Paul Phua who, at the beginning of the year, stood accused of being the mastermind of a multimillion-dollar alleged illegal World Cup betting ring.

Those who had been arrested with Phua during an FBI sting at Caesars Palace the previous summer had already plead guilty and would each receive six-figure fines and five years’ probation, during which time they would be banned from entering the United States.

But Phua plead not guilty, and with good reason: he had enlisted the services of hotshot superstar Vegas criminal defense attorney David Chesnoff and his associates. These guys are so hooked up, they don’t even have a website, why bother when international ne’er-do-wells are knocking down your door for your services?

Having identified some suspicious FBI surveillance practices in the case, which he said amounted to an illegal search, Chesnoff got every single piece of Bureau evidence thrown out of court, eviscerating the prosecution’s case.

Phua walked. Or more accurately flew. On his private jet. Which was returned to him. Well-played, Phua and Chesnoff, well-played indeed. Who ya gonna call? We know who we will.

Most Litigious and Litigable: Phil Ivey

It’s hard to keep track of just who is suing or countersuing whom in the ongoing Phil Ivey edge-sorting case. Ivey sued London’s Crockfords Casino late 2014, after it withheld $12.3 million in “winnings” during his 2012 global edge-sorting rampage. The judge there ruled that edge-sorting was, in fact, cheating, although Ivey had been an honest witness, he said.

Meanwhile, the Borgata was suing Ivey for the $9.6 million he won while edge-sorting at its mini-baccarat tables. After filing and failing to have the case dismissed, Ivey’s lawyers are arguing that the Borgata was plying him with drinks and hot babes while he was betting up to $150,000 per hand, and thus was as much taking advantage of him as he was of them.

Maybe they should just split the money and call it quits? Right now, we’d say the attorneys have the edge here all around.

Alex Dreyfus was a man on a mission this year: to single-handedly reinvigorate the online poker industry by reimagining the game as a spectator sport. Dreyfus warned us that unless the industry innovates and reinvents itself, it will stagnate.

His vision has been informed by the recent growth of e-sports, and his “The Cube” concept borrows heavily from the way e-sports has presented itself as a spectator sport.

The Cube is a portable 20-foot, one-way soundproof glass case that beams player hole cards and live data from its summit, in order to provide, according to Dreyfus, “the first-ever immersive poker event in the world.”

The Cube will become the arena for Dreyfus’ Global Poker League (GPL), which will consist of 12 franchise teams from all around the world, connected to cities such as New York, Los Angeles, San Francisco, Las Vegas, Toronto, Sao Paolo, London, Paris, Prague, Barcelona, Moscow, and Hong Kong.

Will it work? Who knows? Maybe not even Dreyfus. Tune in this time next year to find out.

in Ukraine Darth Vader ran for president and nothing lol