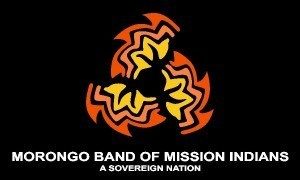 As the Morongo and Rincons call for compromise in Cali, is a new climate of cooperation beginning to emerge among the state’s online poker stakeholders? (Image: snipview.com).

The Morongo Band of Mission Indians has spoken of its willingness to compromise in order to bring online poker to California.

Speaking at an online poker panel at the Western Indian Gaming Conference in Southern California this week, Robert Martin, the tribal operator’s chairman, said that all the tribes needed to unite for the good of their common interests.

“There has to be compromise or it won’t get done,” he said. “At the end of the day, we all want what is best for the tribes.”

Previous California online poker bills have stalled due to the inability of stakeholders to agree terms.

At the center of the schism among the tribal operators is the non-severable “bad actor” clauses that have been included in draft legislation, essentially dividing those who want PokerStars to be included in a regulated market between those who are opposed.

A coalition of 13 tribal operators united behind last year’s legislation with its strong bad actor language, while the Morongo Band of Mission Indians, which had entered into a post-regulation agreement with PokerStars, declared they would fight it, as did land-based card rooms like the Commerce, the Bike and Hawaiian Gardens.

More recently, the San Manuel Band defected from the anti-PokerStars alliance to join the Morongos, possibly paving the way for more tribes to defect.

Meanwhile, Assemblyman Jones-Sawyer’s second attempt to establish a framework for regulation, Bill AB 167, introduced in January, is noticeably less stringent in its bad actor language and is broadly supported by the pro-PokerStars alliance.

The language proposes discriminating against only individuals who have broken US gambling laws, rather than companies and their assets, a fact that would favor PokerStars under its new Amaya leadership.

However, this language, as it currently exists in Bill AB 167, has been dismissed by the Pechanga tribe, which perhaps the most vocal opponent of the inclusion of bad actors in the marketplace.

“There is much for tribes to dislike about this bill,” said Pechanga Chairman Mark Macarro last month. “We are disappointed that the bill disregards important principles from a broad coalition of respected tribes and card rooms that help prevent corporations and entities that previously violated federal law from profiting from tainted software, brands, and databases derived from illegal activity.”

There are suggestions, though, that some of the Pechanga’s allies’ attitudes are thawing. Bo Mazzetti Chairman of the Rincon Band of Luiseño Indians also called for compromise this week. “There’s got to be a lot of give and take on all our parts,” he said. “There will be some things we don’t like.”

The news comes as Caesars, owners of the WSOP.com online poker brand in Nevada and New Jersey and a likely participant in a legal California market, appeared to renounce its longstanding opposition to the possibility of PokerStars being regulated in the US.

While Caesars has been a vocal opponent of so-called bad actors entering the market, Jan Jones Blackhurst, executive vice-president of communication and government relations at Caesars Entertainment Corporation, said this week that PokerStars “should be considered for legalization in the US.”

It remains an arduous road to regulation in California, but these early signs of a new openness towards cooperation indicate that online poker has at least a chance of becoming a reality in 2015.

So, the Indian Tribes in California control the Gaming Industry and get to decide what the consumer wants? Interesting. I didn’t know they had the power, I thought that was in Sacramento.