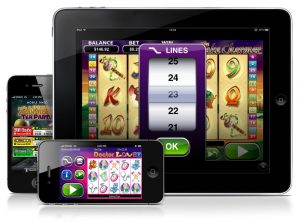 The 2014 Mobile and Tablet Gambling Summit (MTGS) is set to kick off on Monday, October 27th at Bally’s in Atlantic City, and offers online operators and land-based casino owners a chance to engage with iGaming industry leaders to discuss the challenges facing the rising mobile gambling industry.

With global gaming revenue predicted to soar above $100 billion by 2017, mobile gambling apps in the US are expected to play a vital role in the profits surge due to their convenience, and a smart phone market penetration approaching 75 percent. However, several barriers to progress still exist relating to geolocation technology, player registration and authentication, and payment processing.

Intended to bring market players to the table to help overcome such obstacles, MTGS’s two-day agenda will include workshops and round table discussions to address technical hurdles and more. The lineup includes over 25 expert speakers, including Frank Pracukowski, director of administration at Foxwoods Interactive; Pierre Cadena, vp of corporate development with Caesars Interactive Entertainment Inc; and New Jersey Senator and iGaming proponent Ray Lesniak.

Senator Lesniak will give a keynote address reflecting on New Jersey’s first full year of offering regulated online poker, so that others can learn from the challenges facing the Garden State. Hopefully, he will shed new light on the long-awaited silver lining that is PokerStars’ promising re-entry to the market, in addition to discussing how technology will shape NJ’s mobile gambling future.

As part of a broad plan to revitalize New Jersey’s struggling gambling economy, Lesniak sponsored controversial legislation that was recently signed into law by Governor Chris Christie, repealing a statewide ban on sports betting by allowing it to occur at land-based racetracks and casinos. Barring an injunction filed by all four major pro sports leagues, it is likely that regulated sports betting will eventually be available on mobile devices in New Jersey via land-based partnerships with online operators.

William Hill Race and Sports Book, which offers its mobile sports-betting platform in Nevada, has already partnered with Monmouth Park Racetrack for example, where it also operates a multimillion dollar sports bar. Barring a court ordered stay, betting should kick off on Sunday.

The MTGS will also include a session in which five players from the NJ poker and gambling community will offer opinions on what they value most in current mobile offerings, and which features tend to inspire their own brand loyalty.

The European MTGS counterpart will begin in London on November 10.