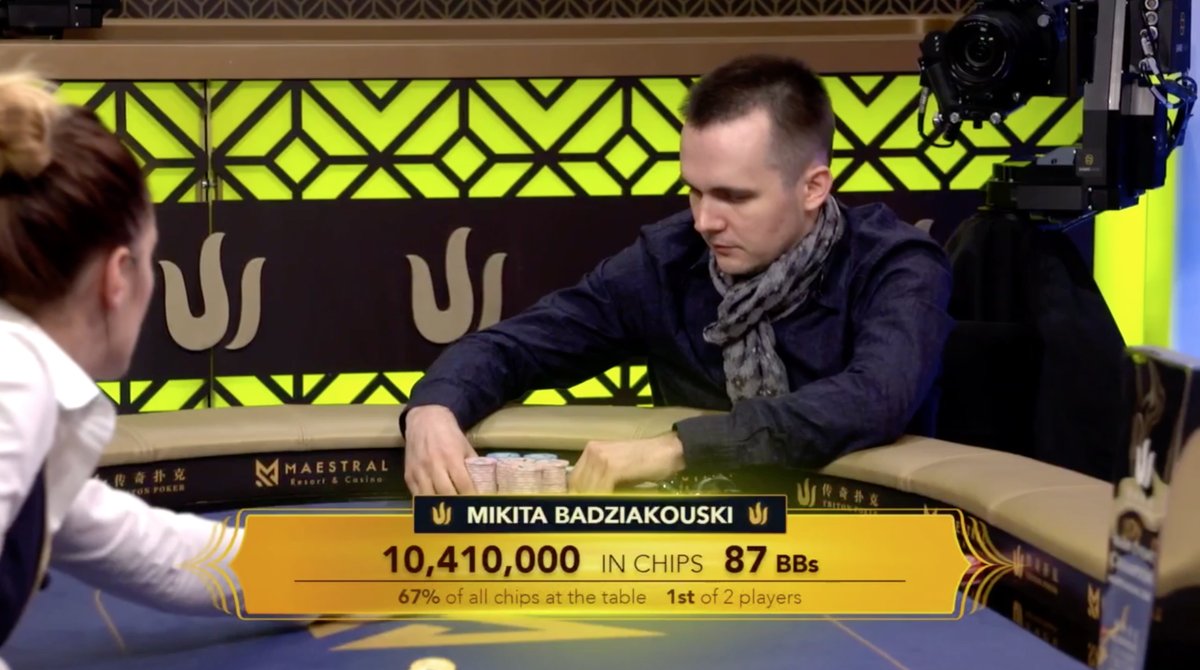 Heading into Thursday’s third and final day, Fast, who narrowly escaped the bubble on Day Two, had just nine big blinds and was unable to spin it up. But he went home with another nice payday and now has more than $6.8 million in lifetime tournament winnings, 13th all-time on Germany’s money list.

Coincidentally, by finishing one spot ahead of Fast, Loeser moved into 12th place on Germany’s money list. Sontheimer’s performance catapulted him above Koray Aldemir on the leaderboard into 11th place at $8.5 million. Everyone is chasing the partially retired Fedor Holz who has won a nearly unbeatable $26 million.

After the German trio was eliminated, four players from four different countries remained, and battled for the $2.5 million prize, three of which would earn a seven-figure payday.

Badziakouski won a crucial coin flip against Wai Leong Chan, sending the Malaysian home in 4th place, which then guaranteed each of the remaining players at least $1 million.

Jetten and Rui Cao, who competed in the crazy $1 million buy-in livestreamed cash game the day before, were on the short stacks, both hoping the other would bust to set up a heads-up battle with Badziakouski.

But, unfortunately for Jetten, the cards never came, and he was eventually eliminated on a virtual coin flip situation by Cao

Cao still began heads-up play in a 2-1 disadvantage but made a quick comeback, nearly evening things up but that run of good fortune quickly turned after losing a massive pot on a missed straight draw.

Soon after, a frustrated Cao bluffed off the remainder of his chips on the river and was eliminated in 2nd place.

With the $2.5 million win, Badziakouski extended his lead on Belarus’ all-time money list at $9.2 million, well ahead of his nearest competitor, Ihar Soika ($2.8 million).

Just another day “fish” is winning. Nothing new folks =)
Congrats to the guy obviosuly. Is it me or Highrollers are getting a new breath? It seems to me that there are more promos/actioin going on latelly. Althoug seem that it’s getting more and more regish, tight little club.
Germans domingating… again nothing new LUL