If it weren’t for the performances put up by Justin Bonomo, the poker world might well be talking about 2018 as the year of Mikita Badziakouski. 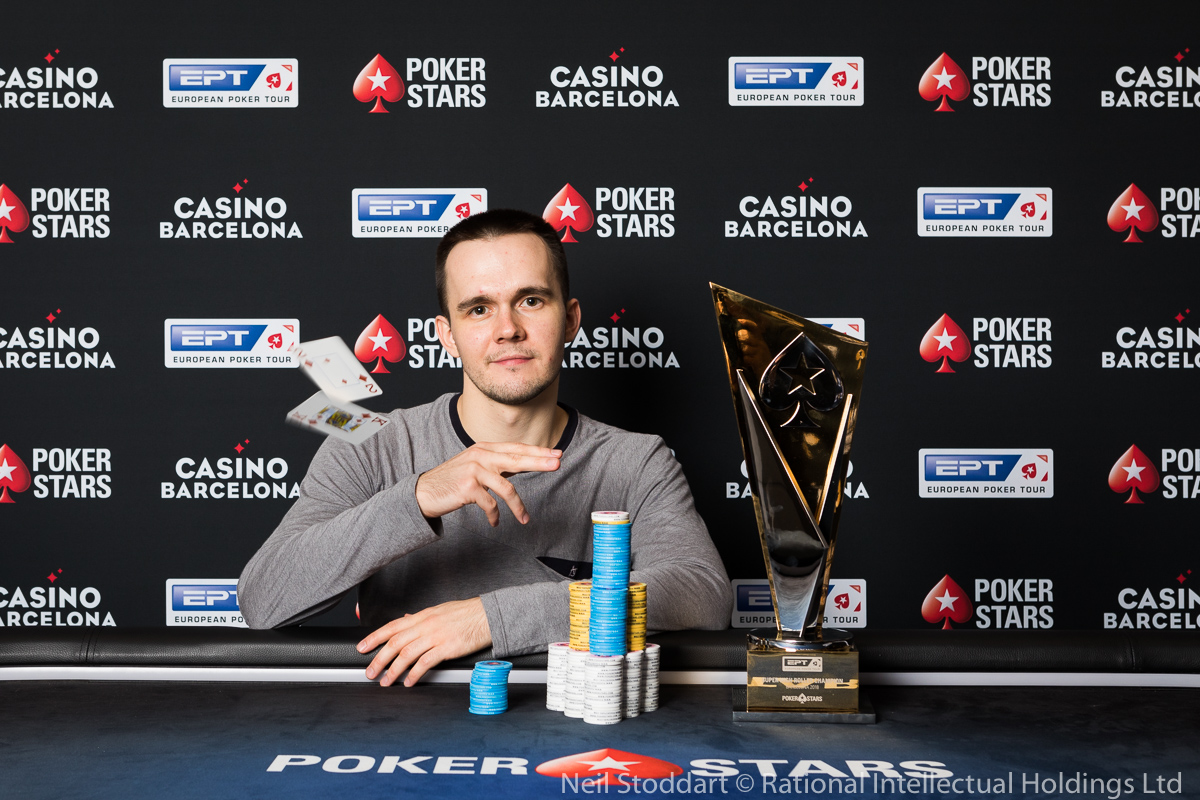 Mikita Badziakouski seemingly can’t be stopped this year, as he took down another Super High Roller event on Monday, this time at EPT Barcelona. (Image: Neil Stoddart/PokerStars)

The win was just the latest in a string of huge cashes for the Belarusian poker pro, who has been one of the dominant forces in the world of high roller poker over the past 12 months.

Just last month, he took first place in the Triton Poker Super High Roller Series Main Event in Jeju, South Korea, winning more than $5.2 million. That was his second Triton title of the year, as he also earned $2.5 million by winning a high roller in Montenegro in May.

Throw in several other significant cashes, including a $1.6 million prize for fourth place in the Super High Roller Bowl, and Badziakouski has collected more than $12.4 million in tournament earnings this year – trailing only Bonomo’s $24.8 million in winnings for 2018.

The year has been so good that in a post-tournament interview, Badziakouski may have forgotten just how many high rollers he has won this year (three or four, depending on how one defines “high roller”).

“It feels great to win my second high roller of the year, I’ve been running pretty hot lately,” Badziakouski told the PokerStars Blog. “I’ve just been lucky and that’s it.”

The results have quickly moved Badziakouski into rarified air. He now ranks 22nd on the all-time tournament money list, ahead of notables like Jonathan Duhamel and Michael Mizrachi, and less than $500,000 behind Christoph Vogelsang, Jason Mercier, and Issac Haxton.

For his latest win, Badziakouski had to navigate a field of 54 entries (including 14 re-entries), featuring the traditional high roller mix of professional players and talented amateur businessmen. With only seven players making the money, the bubble period was tense, as those that made the final table of nine struggled to hang on in order to collect at least the minimum payout of €275,050 ($316,000).

“The dynamics were kind of the same as [other high rollers] as we have the same structure, this one had a long bubble though,” Badziakouski told PokerStars. “We were playing nine-handed for three or something hours and then it all went really fast.”

Once the bubble broke, the play quickly reduced from three and then two, with Badziakouski facing Iranian businessman Ahadpur Khangah heads up for the title.

In the end, one of the hottest pros on the planet was just too much for Khangah to handle. On the final hand, Khangah got his money in with K5 against Badziakouski’s K2 on a KQ92 board. While there were outs to a chop or even a win, a 7 on the river changed nothing, clinching the win for the Belarusian.

Khangah still earned €1,191,900, more than doubling his lifetime earnings, and received some praise from his illustrious opponent.

“Khangah played really aggressively,” Badziakouski told tournament reporters. “It’s a pleasure to play with him, and I definitely didn’t expect it.”