The third annual GPI American Poker Awards will be back for another round of trophy giving on February 23rd and, this year, one veteran pro looks likely to steal the show. 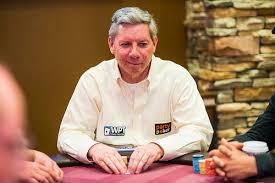 As was the case in 2015 and 2016, the award ceremony will recognize the top performers of the year across a number of categories.

From the Poker Moment of the Year to Tournament Performance of 2016, players from across the US will have a chance to add another trophy to their collections.

A Big Year for Sexton

Leading the nominations this year is voice of the WPT and 69-year-old pro, Mike Sexton. Following a successful 2016 that saw him win his first WPT title in the Montreal Main Event, Sexton has been nominated for three awards:

Tournament Performance of the Year

Poker Moment of the Year

Sexton already has a Lifetime Achievement award from the GPI American Poker Awards, so a win or two later this month could make him one of the organization’s most decorated stars.

But if he is going to take home at least one more trophy, he’ll need to overcome some stiff opposition.

Also in the running for Tournament Performance of the Year is Maurice Hawkins who won back-to-back WSOP Circuit events in 2016 as well as Ari Engel who beat Tony Dunst to win the Aussie Millions Main Event.

As well as America’s top pros battling out for an award on the night, the February 23 ceremony will also be a chance for industry members to acknowledge the efforts of David Peters and Cate Hall.

As part of the GPI’s efforts to legitimize poker as a sport, the year’s top performing male and female tournament players will receive special awards.

Helping to whittle down the potential winners this year was a panel of 70 poker experts. From players and media members to casino staff and sponsors, the diverse group of experts was responsible for determining four nominees for each of the nine categories.

From these nominees an as yet unnamed “jury” will decide who receives an award inside the Sofitel Beverly Hills later this month.

Breakout Player of the Year:

Tournament Performance of the Year:

Event of the Year:

Moment of the Year:

Jason Mercier goes on heater: captures (2) WSOP bracelets and a 2nd in a week to secure WSOP PoY