Mike Sexton, the popular and long-time World Poker Tour (WPT) color commentator, has a hefty live event cash record himself. With almost $6 million in lifetime earnings, no one should be too surprised that he is now in the chip lead at the final table of the WPT partypoker.net Montreal, a tournament he would otherwise be announcing. 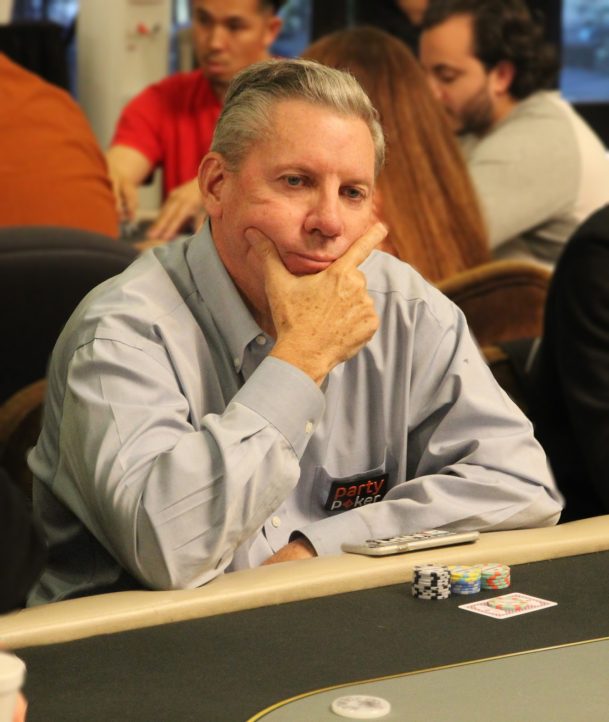 Vince Van Patten is going to be lonely in the booth on Thursday. Sexton, a long-time poker pro who was the original brains behind the tournament’s sponsor Party Poker, has 6,215,000 chips. Ema Zajmovic is in 2nd place with 5,385,000. How did Sexton become the chip leader? One of his peers explained.

“Of course @MikeSexton_WPT made the final table of the World Poker Tour Main Event in Montreal – he can SEE all the hole cards,” ESPN WSOP announcer Norman Chad jokingly posted on Twitter.

Sexton made it seem like he actually could see the hole cards on Wednesday. He began the day with a small stack and then went on a Joe McKeehen-like heater to finish Day Four out in front. The poker commentator will need one more day of good fortune to win his first WPT title. This will be his third final table appearance, but his first since 2013.

Schwartz Looking for a Smackdown

The majority of the poker world will be rooting for Sexton to win on Thursday. But there are at least five people who hope he doesn’t. Those people are his opponents at the final table.

Jake Schwartz is the most accomplished player Sexton will face when play resumes today at 1 pm Pacific Time. The New York native now has appeared at a WPT final table three times, and has more than $1.2 million in lifetime live tournament winnings. But, like Sexton, he’s still searching for that elusive major tournament win.

Schwartz has now cashed in four WPT tournaments this season. He will be in a tough spot when play begins on Thursday, sitting on a short stack (1,550,000). Only Nadir Lalji has fewer chips (1,520,000). Lalji had never cashed in a World Poker Tour event.

Ilan Boujenah (2,290,000) is making his second career WPT final table appearance. He came close to a title in 2011, finishing 3rd at WPT Amnéville in France for $228,506. Benny Chen is in 3rd place (2,480,000) and has never gone this deep in a major poker tournament. Canada’s Zajmovic is also in unfamiliar territory, making her first WPT final table.

This $3,850 buy-in tournament had 648 runners chasing a $317,896 1st place prize and a spot in the WPT Champions Club. There will be a new member to this exclusive club regardless of who wins. None of the remaining players has ever won a WPT event.

For Sexton, a living legend and Poker Hall of Fame member, this win would be his biggest in many years. The 69-year old is definitely due.

Play resumes at 4 pm EST/1 pm PT, and will be live-streamed on a 30-minute delay at WPT.com. An edited re-broadcast will take place at a later date on Fox Sports.