Mike Postle is losing some defenders as the Stones Gambling Hall poker room is hiring a third-party investigator to get to the bottom of some serious cheating allegations, which may have occurred during numerous “Stones Live” streams. 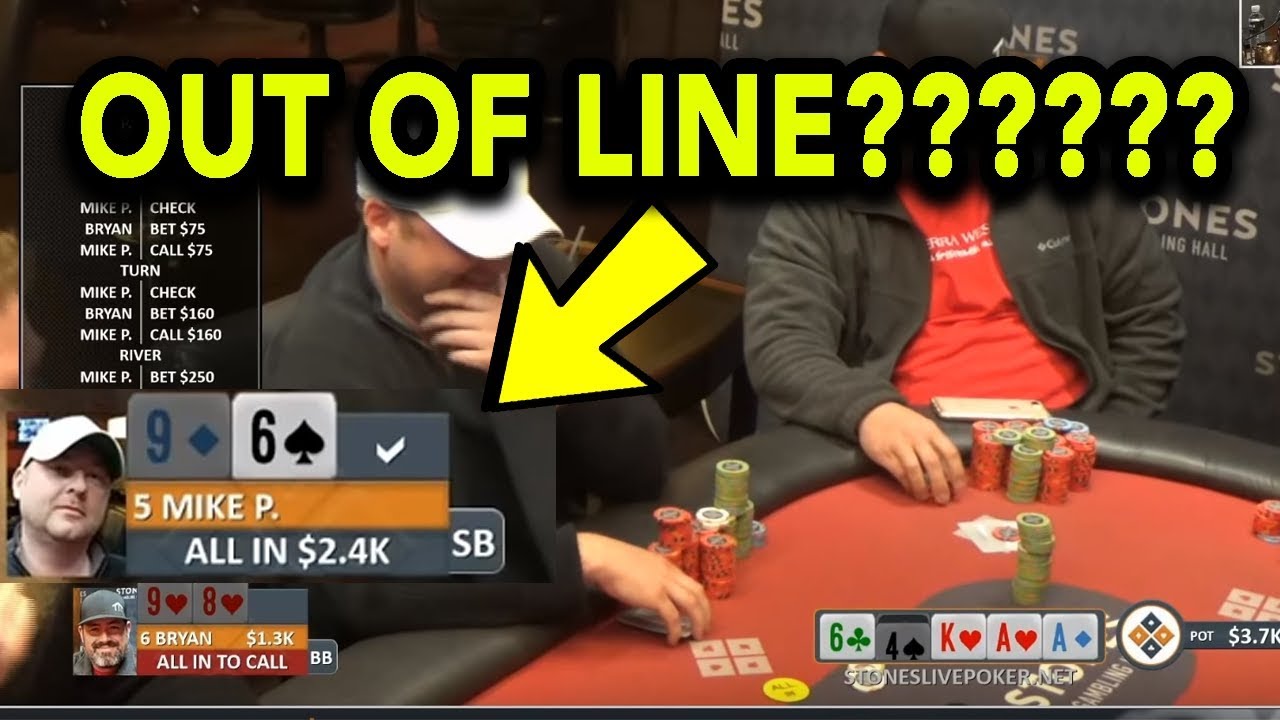 Mike Postle may have gotten out of line. (Image: YouTube/Joey Ingram)

Postle is a regular on “Stones Live” and has, what some believe, an impossible record of success on the show. He rarely, if ever, loses, and also almost never makes an incorrect decision on the river. That caused many within the poker community to accuse him of cheating his opponents out of thousands of dollars. It certainly appears the accusers might be onto something.

Mike Postle Has Some Explaining to Do

Postle has been noticeably absent on Twitter the past couple of days. His silence isn’t sitting well with his detractors, who feel the poker community deserves an explanation.

Even his friends, which include Chris Moneymaker, are turning their backs on him. Moneymaker originally told CardsChat he found it hard to believe Postle cheats. But after viewing the evidence, which includes countless hours of “Stones Live” cash game footage, he’s changed his tone.

Another friend of Postle’s, @Pokebee81 on Twitter, vehemently defended the accused cheater. On September 29, she wrote that, “clueless people” aren’t willing to “have an adult conversation with the person they accuse” and instead go to social media to make accusations. She also said her child is friends with Postle’s child, and she has great respect for him as a person and player.

But, like Moneymaker, she is changing her tone after additional evidence has been released.

random hands. I have talked to Mike numerous times about his losing sessions on the stream, him having to borrow money and getting staked for different events. With this information I couldn’t believe what I was hearing. I also have helped a lot with his daughter, she is very

good friends with my daughter and is in my home regularly. It’s a very hard pill to swallow for our poker community up here in Sacramento as a lot of people involved were trusted individuals. You can tear me apart all you want, twitter trolls don’t affect me.

Stones Gambling Hall, a casino in Northern California, initially said they investigated claims against Postle and found no wrongdoing. But, after the poker community brought forth complaints, the casino is reopening the investigation. The first step was to suspend all “Stones Live” broadcasts, for the time being.

(2/4) Yesterday, we temporarily halted all broadcasts from Stones. We have also, as a result, halted the use of RFID playing cards. We have taken these steps proactively while we conduct a multifaceted and thorough investigation into every element of these games.

Stones also announced the casino hired Michael Lipman, a former US Assistant Attorney for the Southern District of California. Lipman, a partner in Duane Morris LLP’s trial practice group, has more than 40 years trying criminal and civil cases in state and federal cases. He has extensive experience handling fraud cases.

Despite reopening the investigation, Stones is still taking heat from some poker players. That includes Doug Polk, who was critical of the casino, saying on Twitter that “Stones continues to conduct this investigation and share outcomes with transparency.”

Mac VerStandig of The VerStandig Law Firm, who represents poker players in civil and criminal cases, discovered a potential conflict of interest in regard to Lipman’s connection to Stones Gambling Hall.

Maybe worth sharing the head of the independent investigation team is your former counsel? No doubt a qualified and well-respected man (genuinely and seriously), but not exactly the truly “independent” optic the public might desire here. https://t.co/vl4KCOZdAG https://t.co/hdxpJAgO5s pic.twitter.com/0XON1iyMED

Postle has some explaining to do. But, for now, we’ll sit and wait for Lipman to investigate, and then release his findings. Let’s just hope the investigation is fair and, if cheating occurred, justice will prevail.

STONES is absolutely complicit in the cheating. The relationship with Postle, creating a cult following with publicity.

All Casinos work off the very simple concept of the Law of Large Numbers. Repeated occurrences ALWAYS move toward the expected value. However, the more Postle played, the more he moved away from this number. But The Stones found no evidence of cheating in their initial investigation. HA!

And any multi-billion dollar knows that the words “Independent” investigation means that someone other than In-House representation does the investigation.

But an independent criminal and civil suit will come forward, with requests all the video tapes, employee records, subpoenas with promises of immunity, and eventually whistle blowers.

The Stones..HA…should have been named, The Sopranos !!!

What proof do they have? Was he wearing a wire? Was he getting messages on his phone? Was someone hand signaling. Nothing, is impossible in poker. That’s for sure. A player who’s reads are – absolute and knows his opponents well can pick another player apart.. I do agree though that on many occasions you would think he knew his opponents hands. But isn’t that the point…