Mike Matusow shed light on what went down at Full Tilt Poker leading up to the 2011 Black Friday scandal. The former FTP pro defended Chris Ferguson, and referred to him as a “good guy” who made the mistake of letting a bunch of “f*****g a**clowns” run his business. 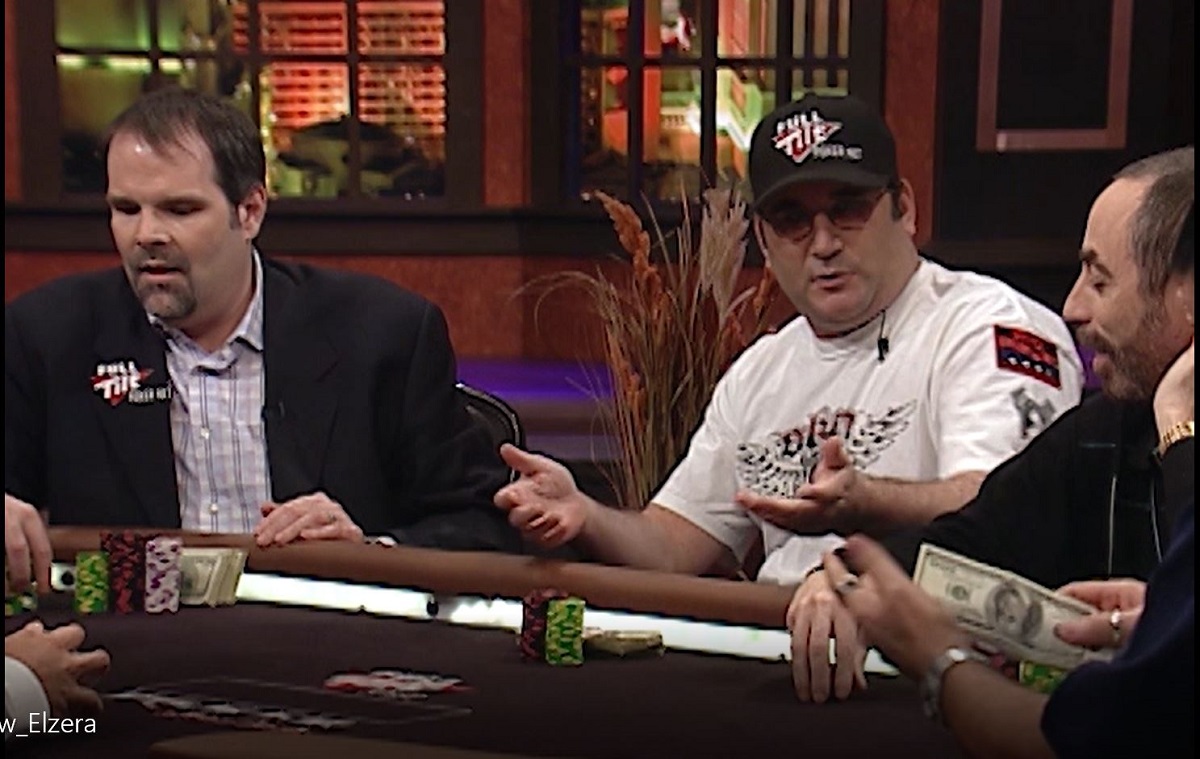 “The Mouth’s” comments towards Howard Lederer, however, weren’t as pleasant. He says “The Professor” and co-owner Ray Bitar were “100 percent to blame” for the company’s failures.

Matusow recently started a podcast called “The Mouthpiece” which is available on the Podbean app. In the first episode, he discussed his role at Full Tilt and also Ferguson’s.

Matusow was a prominent member of the Full Tilt family prior to Black Friday. He was a “red pro,” which was a big deal back then. Other red pros included Tom “durrrr” Dwan, Phil Ivey, Chris Ferguson, Howard Lederer, Jennifer Harman, among other big name poker celebs.

In April 2011, the US Department of Justice blocked FTP, Ultimate Bet, and PokerStars from operating within the US. When that happened, a mismanaged FTP was unable to pay its players their remaining account balances. They were eventually paid a couple of years later.

Matusow claims he was not involved in day-to-day operations at Full Tilt. He was merely a sponsored pro who earned a huge salary, around $50,000 per month although he said on his podcast he should have been paid even more.

When Black Friday hit, Matusow says he had no idea the company couldn’t pay its players. He claims he was under the impression the poker pro-owned business was loaded based on conversations he had with Lederer and Bitar.

Was Chris Ferguson to Blame?

It’s been eight years almost to the day since Black Friday. But we still have yet to hear from Chris Ferguson on his side of the story. He continues to allow many within the poker community to bash him and blame him for the Full Tilt scandal without coming forward with any sort of explanation, at least not publicly.

Matusow, however, defended his former FTP pro on his podcast and had some choice words for Lederer.

“I also know this for a fact,” he told his listeners. “When Howard Lederer came out and said, ‘I’m retired, it was all Ray Bitar,’ that’s all just a bunch of bulls**t. Every time I went to Howard’s house, and every time a deal was made, it was always Ray and Howard making decisions on the phone.”

But what about “Jesus?”

“I seem to lean on the fact that Chris Ferguson’s only guilty thing that he did was let a bunch of f*****g a**clowns run his company.”

He didn’t provide details of Ferguson’s actions at Full Tilt. But he said Chris was the “biggest shareholder” who “created the software” for the poker site. Matusow claims “Jesus” is at fault for allowing a “criminal” like Bitar run his company, but exonerated him of any responsibility for Full Tilt failing to have enough in reserves to pay the American players post-Black Friday.

Perhaps, Mike is correct but many might be wondering why Ferguson still refuses to share his side of the story. It can’t possibly take eight years to write a speech.

I’m a fan of Mike, he was the first poker player I saw in action on YouTube, he’s a nice guy and one of the best poker players in the world, I hope someday to see him win the world poker series, although I’ve seen him lose for doing silly bluffs, but I’ve also seen him make big plays

Best site in the history of online poker… what a shame 🙁
They had such a great thing going. F4ck the DOJ