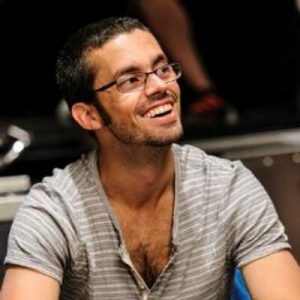 Mike Gorodinsky is the WSOP Player of the Year.

While Kevin Macphee may be streaking ahead at the WSOPE Main Event (at the time of writing), the elimination of closest POY competitor, Brian Hastings, from that tournament and the $25k High Roller, the last two WSOP bracelet events of the year, means that Gorodinsky takes the top spot with 2,251.81 points.

Having busted the High Roller event himself, Gorodinsky had to fade at least a min-cash from any one of Hastings, Shuan Deeb and Anthony Zinno, all of whom were in Berlin chasing the Player of the Year accolade. It was a close race but ultimately the title goes to Gorodinsky.

“Not my finest performance at WSOPE, but at least I retain the honor! Thanks for the support everyone :),” tweeted the 29-year-old Russian-American, who managed just one cash during the festival, a 42nd-place finish at the €1,500 NLH turbo event.

It was a different picture of the summer in Las Vegas, however. Gorodinsky won the illustrious $50,000 Players Championship to take down the second bracelet of his career along with the Chip Reece memorial trophy.

The Players Championship, with its 10-game mix of disciplines, is considered the truest test of all-round poker prowess and many pros consider it to the “real” poker world championship. The late, great Chip Reese was its first ever winner.

As well as earning $1,270,086 for defeating Jean Robert-Bellande in the event, Gorodinski cashed an impressive seven times in total, making to other final table appearances for second and third place finishes, respectively.

“I feel amazing,” he told PokerNews, after the Players Championship victory. “This is literally something I’ve gone to bed dreaming about and it’s just cool to legitimately realize a dream. This was just an amazing day, an amazing five days.”

“Obviously I’m running good,” he said of his remarkable run. “I’d like to think that I’m playing really great and I’m making all the right decisions, but the cards are also hitting me right in the face. I’ve been running really good. I’ve just been good, healthy, haven’t really been going out much. I’ve been good, just putting in my hours and it’s paying off. I don’t know what else to say, it has been a good summer.”

The €10,000 + €450 Main Event reaches its climax on tomorrow (Saturday) with a star-studded final table that, along with chip-leader MacPhee, includes top pros like JC Alvarado and Andrew Lichtenberger.