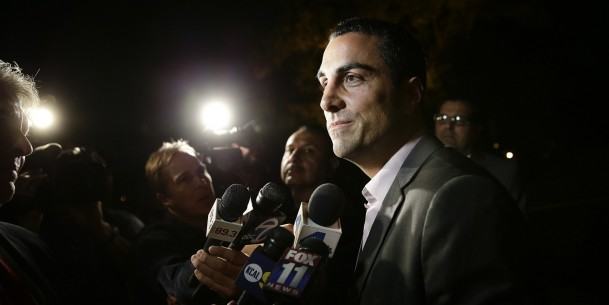 California Assemblyman Mike Gatto concedes defeat for his iPoker bill AB 9, but it may be resurrected when the climate is more agreeable. (Image: AP/Jae C. Hong)

Assemblyman Mike Gatto has put the kaibosh on his bill to regulate online poker in California because of a lack of consensus among stakeholders. A hearing scheduled next week to look at AB 9 has been cancelled.

It was in a climate of far greater optimism that Gatto introduced AB 9 back in January, the first of several online poker bills to be presented to the legislature. He thought the state had a 50/50 chance of regulating online poker in 2015, a figure that by February he had revised to 65/35 against, citing the “fear” he saw in the eyes of his colleagues.

It seems that the odds have now dwindled to zero, due to the inability of California’s various gambling stakeholders to agree on terms. A deep schism has developed between two groups of tribal operators, with those who are opposed to PokerStars’ entrance to the market (generally citing “bad actor” concerns” and those who support it because they have a commercial agreement with the online poker giant.

To complicate matters, the anti-PokerStars coalition is also vehemently against the participation of California’s race tracks in a regulated online poker landscape.

“My Goal Was Consensus”

As a fiscal bill, AB 9 would need approval from two-thirds of the legislature to pass, but with infighting between stakeholders and the politicians that represent them, it stands very little chance of making any headway this year, and this realization has caused Gatto to throw in the towel.

“Over the past three years, I have met with representatives from nearly every software provider, card room, gaming tribe, racetrack, and internet-poker operator who has an opinion on the subject,” he said. “I gave my word to both supporters and opponents of AB 9 that my goal was consensus, and that I would not move forward with anything that achieved less than that.”

While chances are slim, all is not yet completely lost. The twin bills sponsored by Senator Isadore Hall and Assemblyman Adam Gray are still alive, and it’s these bills that have become the focus of the push for regulation since they were introduced back in February. Hall and Gray are the chairs of the Senate and Assembly Government Organization committees, respectively, and thus carry the political clout to gain support.

The Hall/Gray bills are shell bills, the purpose of which are to act as a legislative vehicle for the effort to regulate. They currently contain very little specific language, but, in the unlikely even that those vested in the cause agree on terms for a framework for regulation anytime soon, the bill will essentially be filled in with those terms.

Meanwhile, Gatto said today that because his bill has an “urgency clause” it can be resuscitated at any time, suggesting that it may resurface next year.

“I will continue working to craft legislation on which the interested parties can agree, and which is good for the people and treasury of the state of California,” he added.

Why would politicians be concerned about what is good for We the People ?? They are way too busy with concern over flags, fact finding tours to Cuba, fund raising to keep their career seats and keeping their eyes glued to our bedrooms …