On Monday, the Heartland Poker Tour wrapped its latest stop at Golden Gates Casino in Black Hawk, Colorado. The $1,650 Main Event attracted 607 entries and saw Mike Englert, who had finished third in the same event last year, claim the title and $200,762 first-place prize. 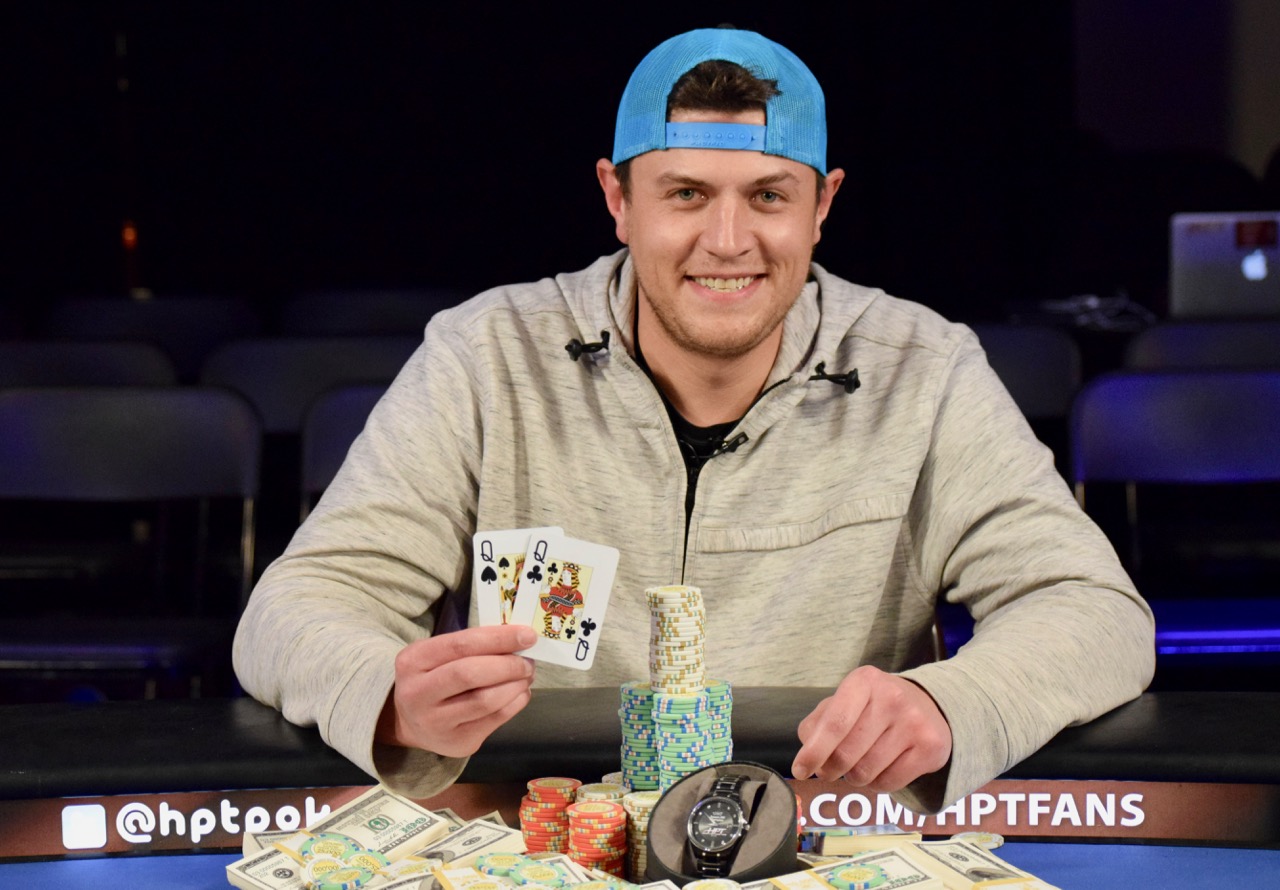 From Third to First

Prior to the win, Englert had $66,407 in lifetime earnings, all of which came at Golden Gates Casino. In July of last year, he finished third in a field of 606 entries in a $1,100 buy-in Heartland Poker Tour event, good for a previous high score of $53,550.

In the latest go-round, Englert bagged the chip lead on Day 1A and stayed among the big stacks on Day 2. He made the final table second in chips and had to contend with Day 1C chip leader Matt Bond in heads-up play.

When the match began, Englert was down 2/1 in chips, but over the course of the next hour, he battled back. The chip lead would exchange hands several times before things came to a head nearly three hours in.

At Golden Gates, Beauprez made it to three-handed play, which is when he moved all in preflop holding the K♠9♠ and was called by Bond’s 10♥10♣. The 10♥4♠J♥ flop delivered Bond a set, but Beauprez was drawing live as a queen would give him a straight. Unfortunately for him, neither the 7♠ turn nor 2♣ river was the lady he desired. Beauprez had to settle for third place and an $81,288 prize pool.

“Having two big stacks on my direct left made the final table more difficult,” Beauprez told CardsChat. “I could’ve made better adjustments and regret not firing the third barrel on a bluff in a big pot, but of course hindsight always 20/20 in the tourneys you don’t win. Golden Gates Casino is one of my favorite stops so I’ll give it a shot again this fall.”

It was a good showing for Beauprez, but not his best in that particular tournament. Back in 2010, he actually finished runner-up to Mark Dunbar in the HPT Golden Gates for $90,900. For more on Beauprez, check out his exclusive CardsChat interview regarding Chip Leader Coaching.

Englert has good results in such types of tournaments!Moreover he finished 3rd last year and he is constantly developing with his form and his professional results.Personally I respect such players and gonna be kinda such player!