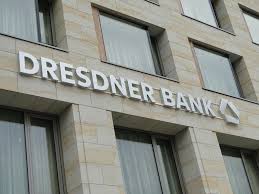 A bank in Dresden, which may or may not be the one that is refusing to allow RuiDeck to cash out his micro-millions winnings. (Image: www.dresden01.de)

Tragic news reaches us from Italy, where a young poker player has learned a valuable lesson about the premature enumeration of chickens prior to the prescribed incubation period.

“RuiDeck” went on the run of his life at PokerStars’ recent Micromillions Main Event, charging through 22,000 players to finish a very-impressive third for $59,480.98.

Great, you think, a very tidy score for relatively small outlay. What’s not to like?

“As soon as I won, I booked a flight to go home to Sicily to celebrate with my friends,” RuiDeck told ItaliaPokerClub. “Then, in the following days, I also resigned from my job to start a new adventure as a poker player.”

A little rash, perhaps, but you have to admit that the kid has spirit.

The 29-year-old had been working as a waiter in Dresden, and just like that, he hung up his apron and told his boss where to go.

Except for the fact that the bank wouldn’t let him cash out the money.

Yes, due, apparently, to a combination of EU anti-money-laundering laws and prohibitive local German gaming regulations, poor RuiDeck has not had so much as a whiff of that cash.

“Initially, I had been told that my withdrawal would take approximately one week, as the policies against money laundering impose strict control on withdrawals of a sum bigger than €10,000,” he explained. “Then, my bank told me that my request could not be processed because poker is illegal in Saxony, the federal State where I reside.”

PokerStars, of course, are doing everything they can to help. The online poker giant has confirmed the full legitimacy of RuiDeck’s winnings and have written the player a letter of explanation to show to his bank in order to alleviate their fears of money-laundering.

But in the meantime, the now jobless RuiDeck remains an insignificant speck in a vast, unsympathetic European banking machine that cares little for his dreams of becoming a professional poker player.

“I have a regular account and, as a customer, I feel cheated,” he said. “I don’t understand if my bank, PokerStars, or Saxony’s legislation are responsible for what has happened to me, but right now I can’t cash the money I have regularly won and I don’t even have a job anymore.”

What began as an “incredible joy,” according to RuiDeck, has become an “absurd situation,” and the player says he is considering legal action.

However, let it serve as a warning to all the young waiters, of Dresden and elsewhere, who harbor dreams of poker stardom.

Before you tell your boss where to stick his job, ensure you have a basic understanding of local online gaming regulations.

First, most banks in most countries are required to take time to investigate if the withdrawal or gains were, in fact, due to money laundering.

Second, during the investigation of money laundering, it is found the money is from the proceeds of illegal gaming. What is to understand? Illegal gaming win = no cash.

I agree however it would seem in this instance that yet again the law is woefully behind internet advances and the will of the people. In banking terms the amount of cash is very small, belongs to the winner and perhaps international banking laws(whatever they are) should apply, as opposed to local dogma.