Michigan Online Gambling Gets New Bill, Will It Be Fourth to Go Legal?
March 6, 2017 Law & Politics

Michigan Online Gambling Gets New Bill, Will It Be Fourth to Go Legal?

Michigan online gambling, including internet poker, is once again on the legislative table. The Wolverine State has decided to reenter the race to go legal and regulated, after a failed attempt in 2016. It joins California, Hawaii, Pennsylvania, New Hampshire, Massachusetts and New York who have either proposed legislation or are planning to introduce similar state bills. 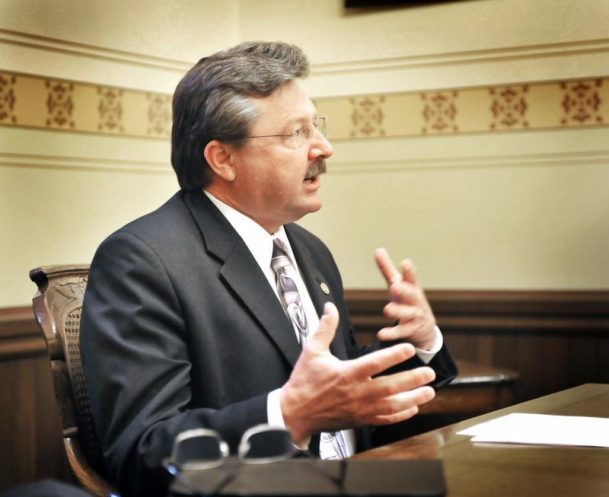 State Senator Mike Kowall has authored a bill that would legalize online gambling in Michigan. It is the second consecutive year that he’s tried to push such a measure through, and is hoping this attempt is more successful than 2016’s. (Image: michiganradio.org)

Entitled “The Lawful Internet Gaming Act,” the measure calls for the creation of rules and regulations for governing licenses that would be issued only to Michigan casinos.

State Sen. Mike Kowall (R-White Lake) is the author of SB 203 and was the driving force behind last year’s failed proposal. Michigan is trying to become the first to pass a plan since 2013. Currently only Delaware, Nevada, and New Jersey offer online gambling, but the prospects for more states legalizing the game certainly appear brighter.

Many of the provisions of last year’s measure remain in the latest version, and pretty much standard fodder, such as that players must be older than 21 to play and be inside the state. It would also mandate that operators must offer poker in addition to other gaming.

The licensing fees did get tweaked slightly. The structure will now allow for unlimited permits, where the previous one had a cap on how many would be issued.

Overall, SB 203 seems to be far more friendly to operators than proposed laws in other states. The cost is about 20 percent of what New York and California are planning and businesses would also pay just 10 percent of their gross revenue for taxes.

Prospects for Passage Better than 2016

Kowall was optimistic about last year’s bill, but a few issues worked against it.

The Detroit Free Press reported in May that Kowall’s wife was working for a firm that would benefit from internet gambling, although the senator denied that there was a conflict of interest.

She’s got nothing to do with it,” he said at the time. “It’s not one of her clients.”

The second problem was that the legislation passed committee in June, but then languished, and a full senate vote never happened. It perished as the session expired.

This time, five additional senators are co-sponsors, and all six of them sit on the Regulatory Reform Committee. That should get it out of committee more quickly and put it to a full vote before summer.