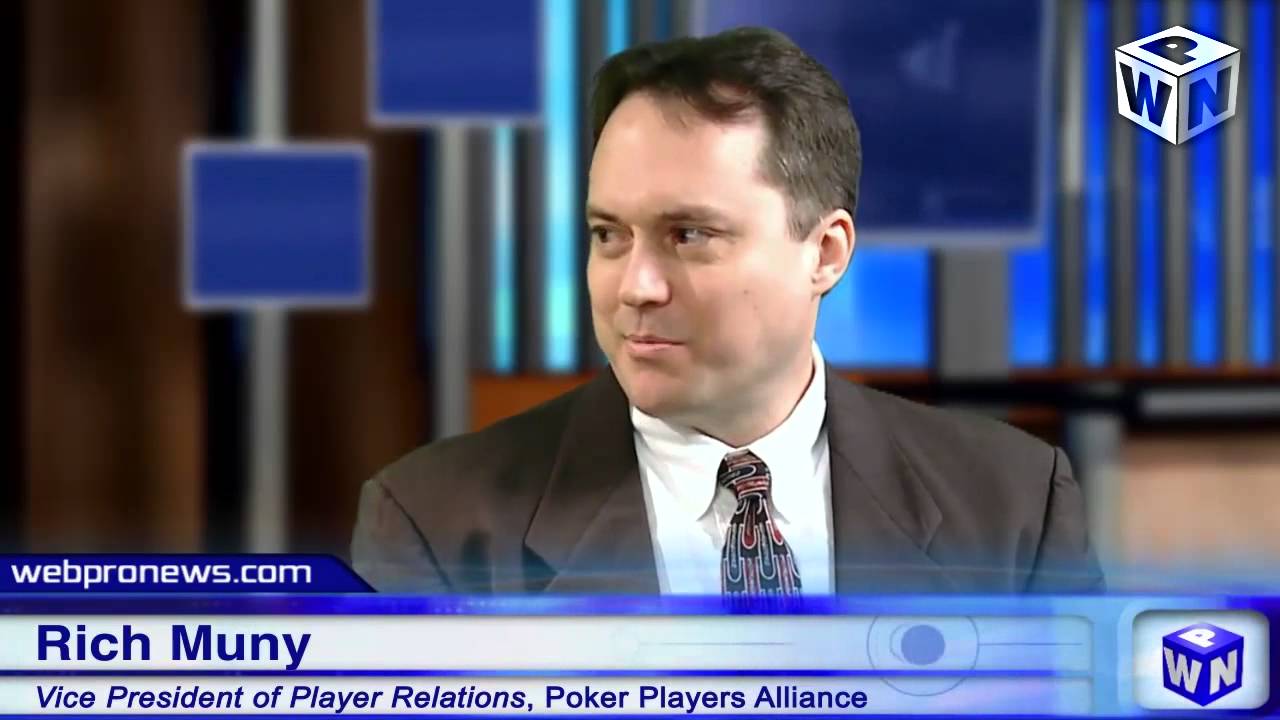 Rich Muny of the PPA has his sights set on Michigan as the next key state that can embrace the awesomeness of legal online poker. (Image: YouTube/WebProNews)

He penned a blog post thanking members of the Michigan House Regulatory Reform Committee for its 12-3 vote last Wednesday in favor of H. 4926, a bill that would legalize online poker.

“H. 4926 still faces many hurdles. This committee vote should help greatly in the process of bringing together many of the stakeholders, but there remains work to be done. Please be sure to do your part to help make online poker a reality in the Wolverine State,” Muny wrote.

The vote was a step in the right direction for Michiganders who hope to soon have a right to legally play cards online. It was such a significant step that there is now hope for legislation in 2018.

Iden’s bill stipulates that only current land-based casino operators can apply for an online gambling license, which would be valid for five years. Other terms of the bill include an application fee of $100,000, with another $200,000 to be paid once approved.

Online gambling operators would pay a 15 percent tax on gross gaming revenue monthly, with funds earmarked for education and other social services.

Here’s a video of PPA Executive Director John Pappas testifying before the Michigan legislature to advocate on the House bill’s behalf when it was introduced in September:

The Michigan Senate has advanced a similar bill in previous sessions, and now having the House rowing in the same direction makes it more likely that eventually the legislation will get to a receptive governor’s desk.

That’s what happened in Pennsylvania. After years of legislative wrangling, the timing was eventually right for the Keystone State to become the fourth to legalize online poker (and other forms of internet gambling), and the first since 2013, which many hoped would encourage other states to follow suit.

Popular wisdom says you can’t pass online gambling legislation in an election year. But with the committee support, Michigan is one step closer to joining Nevada, Delaware, New Jersey, and now Pennsylvania as states with legal online poker. New York also has had a bill progressing a bit closer to the finish line year after year.

Poker players in the United States have been frustrated since the US Department of Justice shut down all the major poker sites in April 2011. With no major sites operating in most states, many players have either moved to another country, switched to playing in land-based casinos, or quit poker altogether.

But with Pennsylvania recently passing legislation, Michigan taking a step forward with H. 4926, and New York now more in play than ever, there is hope on the horizon.

thats pretty exciting, they need to hurry up and get florida signed up for this