Maybe the WSOP’s Poker Players Championship should be renamed the Michael Mizrachi Invitational. “The Grinder,” a two-time champion in this event, ended Day Four with a massive chip lead with six players remaining, one of whom is not Phil Ivey, however, as he busted in 9th place. 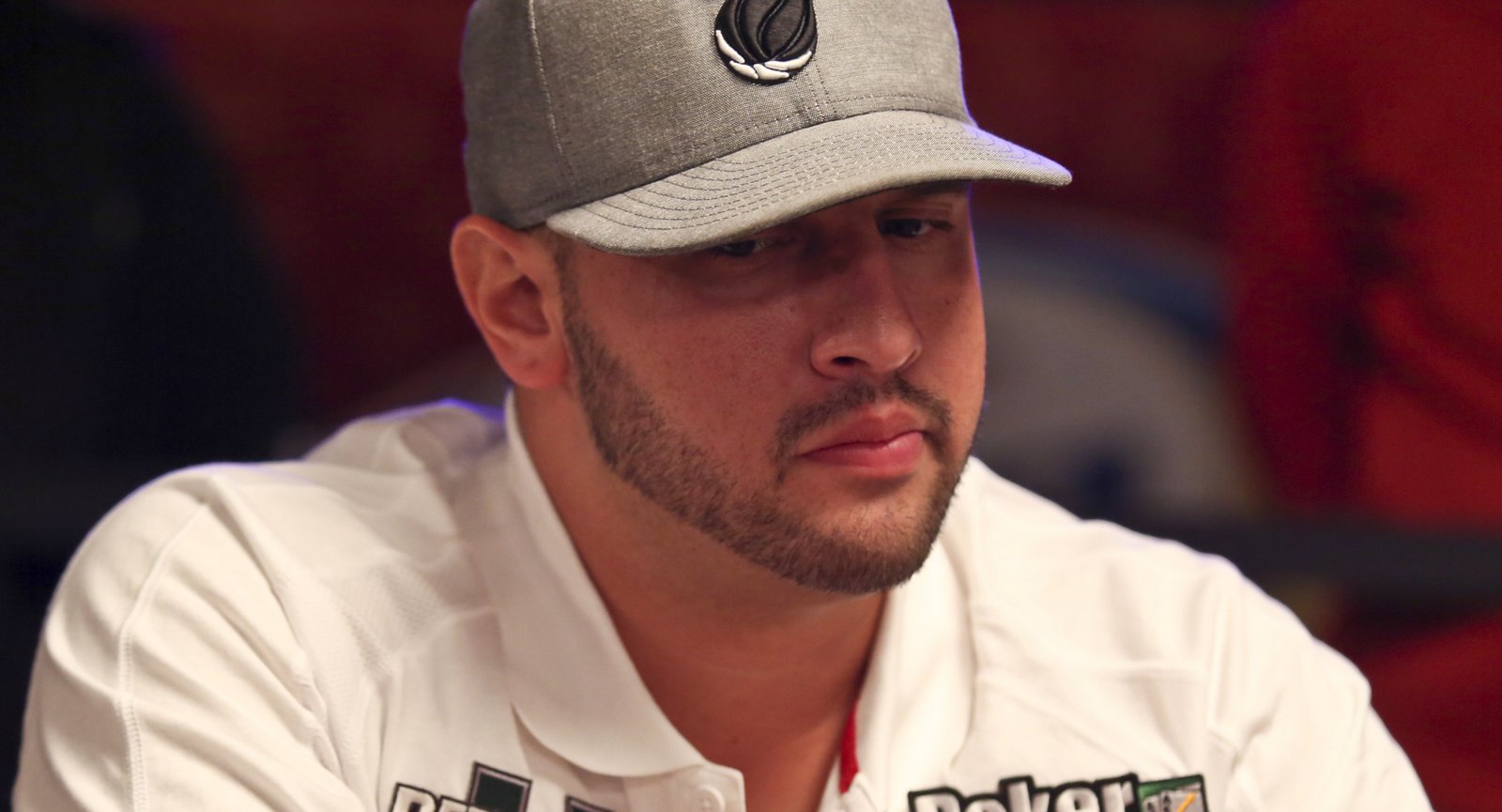 Michael Mizrachi is the man to beat at the final table in the $50K Poker Players Championship, a place he probably knows better than anyone else. (Image: WPT)

The story lines heading into Tuesday’s final table are endless. Not only is Mizrachi chasing an unprecedented third PPC victory in the past nine years, 2014 champion John Hennigan has a chance to win his second bracelet of the year and jump into the lead in the Player of the Year race, Dan Smith could finally get the “one of the best players to have never won a bracelet” tag removed, and someone is about to win more than $1.2 million.

Monday’s action at the Rio was intense. In less than five hours, six players were eliminated, including another two-time champion Brian Rast (8th), and Ivey (9th), a disappointment to the many who showed up to rail him.

Ivey’s return to the World Series of Poker has been a pleasant surprise to his fans who have missed seeing him compete in WSOP events the past few years. During the first few weeks, the Macau nosebleed cash game regular had been quiet, often putting his headphones on and avoiding communication with the media and other players.

But on Monday, the Hall of Famer kept those headphones off his ears throughout the session and engaged in lively banter with table mates Hennigan and Smith.

Unfortunately, for the 10-time bracelet winner, his up and down day ended on a sour note.

Welcome to the Grindhouse

Mizrachi’s performance in this $50,000 buy-in event over the years has been remarkable. He’s already guaranteed at least a 6th place finish for the fourth time since 2010 and has a chance on Monday to scoop his third PPC bracelet.

Perhaps, the reason The Grinder has been so successful in this difficult, multi-game event is his ability to play at a high level in various poker games. Some players in the field (i.e. Dan Smith) excel in one or two games, but Mizrachi is an all-around poker player.

If he holds onto his 2-1 chip lead over Smith (2nd in chips) to win the bracelet, the Poker Hall of Fame might as well just induct him three years before he’s eligible instead of stalling the inevitable.

POY in Play for Hennigan

John Hennigan won his fifth bracelet last week in $10,000 HORSE and will appear in his third final table at the 2018 WSOP on Tuesday. Regardless of the outcome, “Johnny World” has a realistic shot at moving into the Player of the Year lead.

Hennigan is currently 2nd in the standings with 1,727.27 points, behind Elio Fox, who has 2,010.14 after winning the $10K Super Turbo Bounty and finishing second in a controversial $100K High Roller. A 6th place finish in the PPC awards 460.32 POY points, enough for Hennigan to surpass Fox, but with so many events running at the same time, with many others in contention, it’s hard to project the leader come Wednesday.

If Johnny World, who won this event in 2014, ships the bracelet, the 1,315.19 points he receives will easily move him into the POY lead, however.

At age 48, Hennigan has been eligible for the Poker Hall of Fame for the past eight years but hasn’t gotten much love from the voters. Adding a sixth bracelet certainly won’t hurt his case this year.

Dan Smith is indisputably one of the best no-limit Texas hold’em players in the world. It’s hard to believe that despite 30 career WSOP cashes and over $20 million in lifetime live tournament winnings, most of which are in NLH, the poker-playing philanthropist doesn’t have a gold bracelet in his trophy case.

He’s come close before, five times finishing in the top three in WSOP events. He’ll have another opportunity on Tuesday, but it won’t be easy.

Smith isn’t bashful about his lack of skills in limit poker. He has just two career cashes in limit games — 70th place in a 2017 seven card stud hi-lo event and 21st in 2014 in a 2-7 lowball triple draw tournament.

Might be the best limit holdem player in the world

Unsurprisingly, this is Smith’s first career cash in the PPC, a tournament that features six forms of limit poker, one pot-limit game (Omaha), and one no-limit variation (Texas hold’em).

Despite his limit poker deficiencies — Ivey even mocked his limit game at the table all in good fun — he’s kept a sense of humor.

It’s probably not hard to laugh when you’re second in chips with six remaining players in what some, including Daniel Negreanu, consider the most important high roller event of the year.

Cards will be in the air at 2 pm on Tuesday with a winner expected to be crowned by the end of the night.

Wow mike is impressive i hope he wins