“Back to the Future” co-stars Michael J. Fox and Christopher Lloyd stepped back in time Thursday night for a charity poker tournament in New York, and the internet went wild over an Instagram photo of the on-screen buddies who charmed their way into fans’ hearts all the way back in 1985. 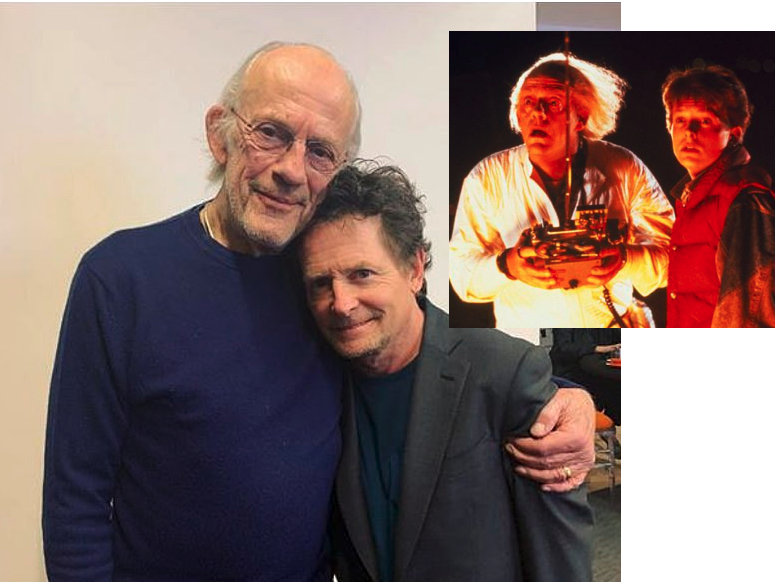 The actors joined forces for the annual Michael J. Fox Foundation poker night, a charity event that has raised millions of dollars for Parkinson’s disease research since 2007. This year, Lloyd, 81, was the guest of honor at the fundraiser hosted by his on-screen sidekick, now 58, in three films that came out between 1985 and 1990.

The event itself was fairly lowkey, considering the A-list celebrities it has drawn over the years. No tournament details, information about the winner, or amounts raised were available on the Michael J. Fox Foundation website at the time of writing.

Going Back in Time

With a special 35th anniversary screening of Back to the Future taking place this year, talks of a reboot have been rife.

Fox quashed the idea of Back to the Future IV during a cast reunion in 2018, but with prequels and sequels all the rage these days, fans of the franchise aren’t giving up hope.

Even if Marty McFly doesn’t return in the future, he was back for one night alongside Doc Brown.

Joining the iconic onscreen duo for a night of fundraising and bluffing was TV news anchor Katie Couric. She was joined at the felt by her husband, John Molner, and Mad About You actor Richard Kind.

For Couric, the nuances of poker played second fiddle to the thrill of winning. During her recap of the night, her biggest victory was hitting a winning flush.

In the end, Michael J. Fox and his charity were the night’s real winners. With more money raised through the medium of poker, the foundation has now contributed more than $900 million to Parkinson’s disease research.

Fox was diagnosed with Parkinson’s in 1991 at the age of 29. He hid his illness from the public until 1998 before giving up acting. Two years later, he set up the Michael J. Fox Foundation.

Today, the charity is based in New York but has a presence around the world. Through a combination of fundraisers and donations, it’s aided the development of new treatments for Parkinson’s.

Fox returned to acting in 2013 and now uses his platform to raise awareness of the disease. His latest charity poker night was another chance to make another positive impact. It was also a chance for fans of 80s movies to go back in time and see two stars reunite.

Wow. Look at this. Memories to the future! Christopher Lloyd is very different. The great news is that charity were the real winners of the night.

Amazing photo, it really fills us with a lot of nostalgia to see this photo, and it gives much more joy to know that it has come together again for the charity of people who need support, they will spend many years and they will still be remembered, it is good to see them together again Michael J Fox, Christopher Lloyd Reunite