Over the weekend, 23-year-old Michael Gilbert beat a field of 225 players to win the Unibet UK Poker Tour Manchester, the tour’s fifth and final stop of the year. 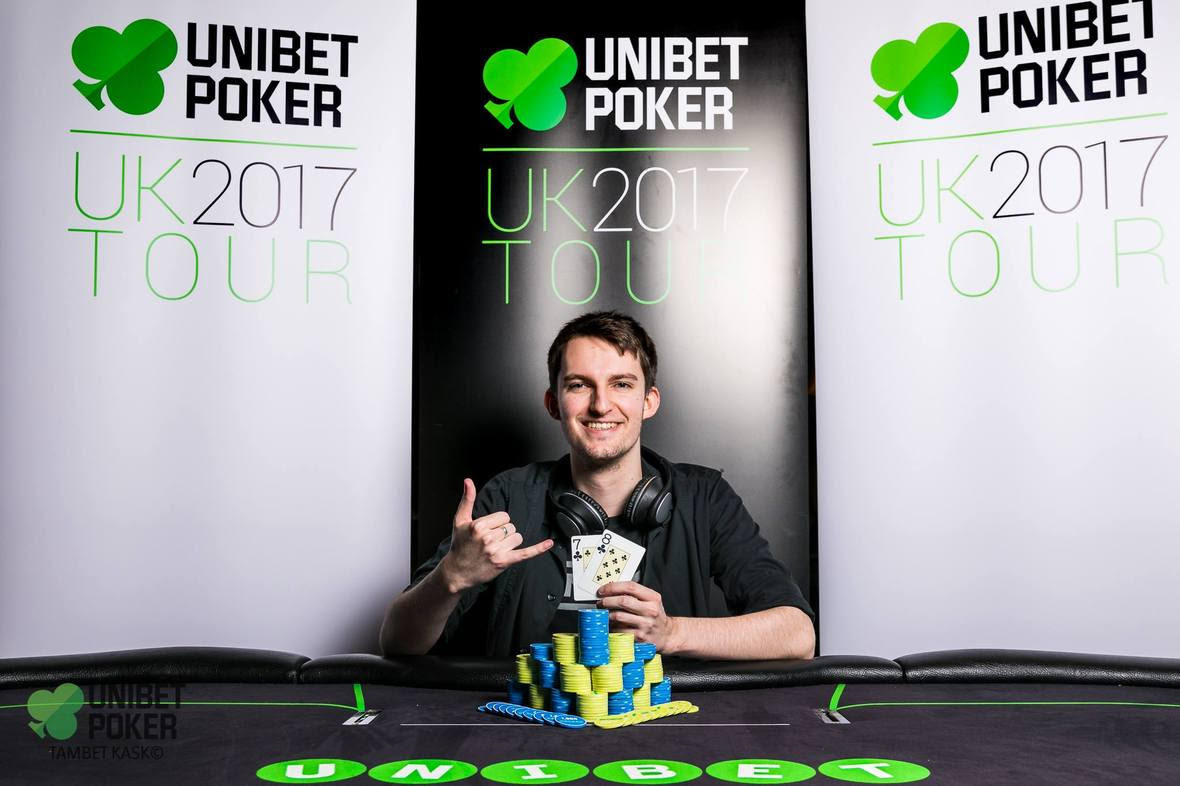 Michael Gilbert closed out the second season of the Unibet UK Poker Tour with a win in Manchester. (Image: Unibet)

At the final table, it took Gilbert, who attends nearby Manchester Metropolitan University, just 90 minutes to close it out. That included defeating Adrian “NMPfan” Nica in heads-up play. Prior to the win, Gilbert had just $1,074 in tournament earnings, playing mainly recurring tournaments at local venues Manchester235 and Grosvenor Casino Didsbury.

“I play my live poker here at this casino so to win a major tour event like this is amazing,” he told Unibet officials after the takedown.

From there it was on to Glasgow, which drew 205 entries and saw Scotland’s Andrew Mackenzie take home £11,500 ($14,804). That was followed by the aforementioned Nottingham stop.

For the penultimate stop of the season, the tour returned to Brighton, where Falklands veteran Colin Bidwell beat golf pro Tom Simm heads-up to overcome a field of 316 players for £11,540 ($15242).

It must be amazing to win such a big event (especially for a beginner) at your regular casino! I wonder if he’ll continue participating at such events and whether or not he’ll be ever heard of again. Who knows, it might be a new champion.