Michael Addamo has been one of poker’s top pros for a few years now, but he took his status to a new level in September by cashing in three super high roller events. In fact, he didn’t just cash in them, he won all three. 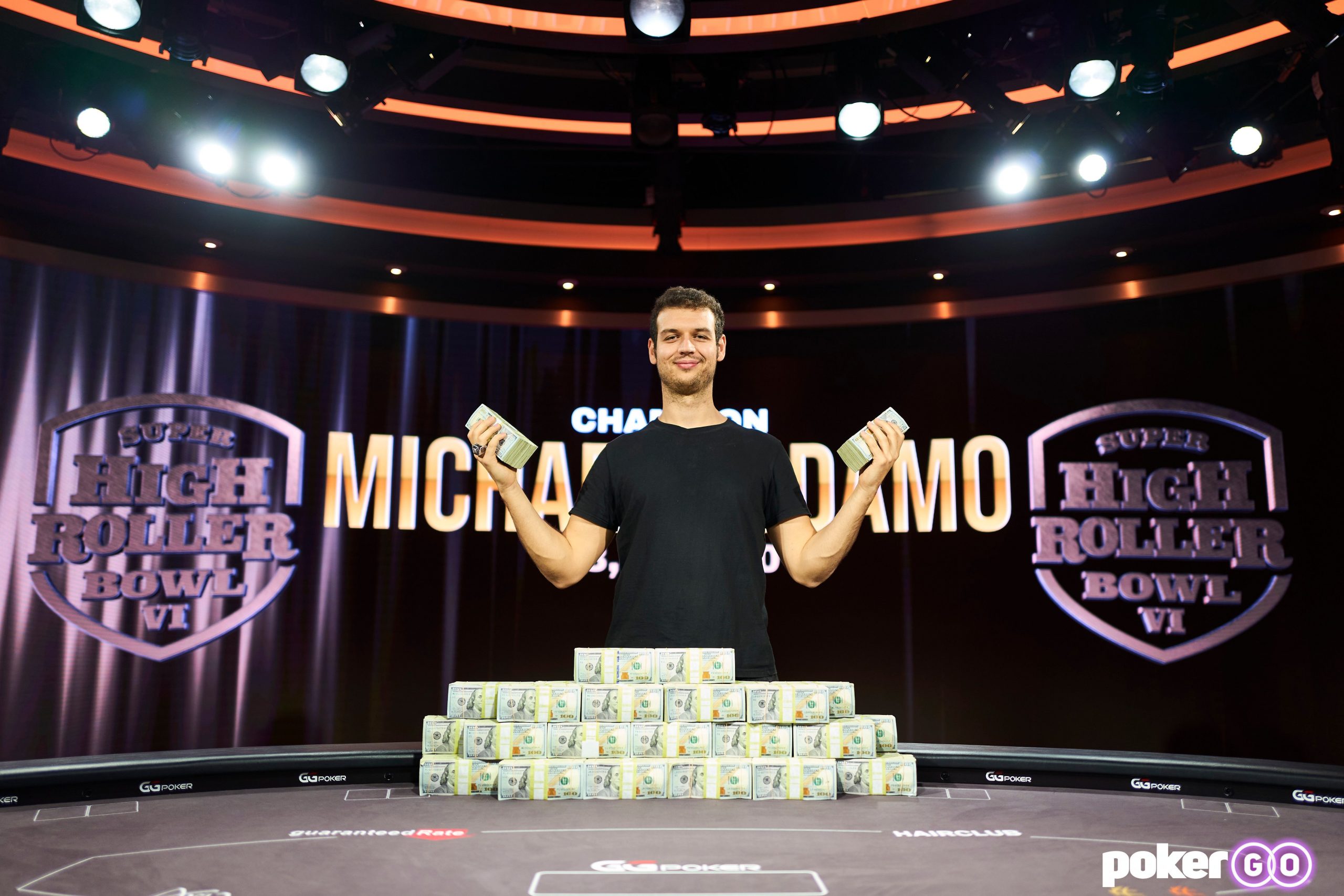 As impressive as those results were, the best was yet to come. Just over a week later, he took down PokerGo’s $300,000 Super High Roller Bowl.

That victory earned the Australian a career-best score of $3,402,000. By all measures, Addamo had entered a new realm in poker, an achievement he couldn’t quite comprehend.

Speaking to PokerGo after his historic run, Addamo said he couldn’t believe how things had turned out.

“It hasn’t really sunk in. I think maybe after a week with some good sleep and rest that I’ll be like: OK, that was an insane week. I’d say, it’s like a one-in-a-million chance (of winning all three events) or something ridiculous,” Michael Addamo told PokerGo.

Of course, it wasn’t an easy path for Addamo. In order to claim the SHRB first-place prize, he had to defeat a previous champion in the form of Justin Bonomo. Bonomo had a chance to retake the all-time money leaderboard were he to win, but the cards weren’t in his favor.

On the final hand, Bonomo turned top pair, but that card also gave Addamo a flush. Finally, a brutal river card gave Bonomo top two pair, which meant he was close but not close enough to win.

When PokerGo’s Donnie Peters asked Addamo how it felt to beat someone like Bonomo heads-up, he said “it was good to get the win,” but, admittedly, he was “pretty lucky in the end” with the flush versus two pair.

Time Waits for No Man, but Michael Addamo Still Got it Done

Addamo was also faced with an interesting handicap at the final table: time. PokerGo uses timebanks for its Super High Roller Bowl and Addamo had used all of his allotted thinking time in a hand against Bill Klein. Tanking was the right move on that occasion and Addamo got through the hand relatively unscathed.

However, it meant he only had 30 seconds for every subsequent hand at the final table. Despite the lack of time, Addamo wasn’t faced with too many tough decisions for the rest of the session.

“Yeah, it was tough for sure. Luckily, I didn’t actually have that many tough spots today, so it sort of worked out OK. But if there were some tough spots, it’s very hard to make a decision in 30 seconds,” he told PokerGo after the win.

While big scores are nothing new for Michael Addamo, the setting was. The majority of his biggest wins have all been in his native Australia or online. In fact, he didn’t hit his first cash in Las Vegas until 2019.

However, he’s come a long way since then. Addamo has enjoyed a profitable run in the Aria’s daily high roller, but none of those events compare to the bright lights of the PokerGo stage.

Despite that lack of experience, Michael Addamo looked like a vet during the Super High Roller Bowl finale. He told PokerGo that playing under pressure is something he’s been working on for years.

“To be honest, I try and tune out all of the money, all of the fame, and all of that sort of stuff so I can just focus on playing my best. I don’t know, I guess it’s taken years to work through that and that’s where I am,” Michael Addamo said after his win.

Aussie Addamo Becomes the Top Pro Down Under

With a $3 million+ win at the Super High Roller Bowl, plus his Poker Master’s victories, Addamo moved to the top of Australia’s all-time money list. In doing so, he overtook the man who started Australia’s poker boom, 2005 WSOP Main Event champion Joseph Hachem.

Addamo told PokerGo what that meant to him, and also revealed that you can expect to see him add to that money total at the 2021 WSOP.

“That’s nice. Joe is a good guy and also good friends with Kahle [Burns] (good friend of Addamo). There’s more coming though. I’ll play some of the bigger WSOP events. I’m here all series, so I’ll play some.”

For Michael Addamo, the last month of poker is the culmination of years of hard work. Few would argue against him being one of the best high rollers in the world is right now. In fact, only a WSOP bracelet would further cement his reputation among poker’s elite and cap off an incredible year.