World Series of Poker officials announced Monday that they’re changing the Main Event schedule in anticipation of a record-breaking field on Thursday’s Day 1D. That decision created a domino effect in the Las Vegas poker market, causing the MGM Grand Poker Room to adjust the schedule of its $2 Million Guarantee Grand Finale, which was also supposed to play out on July 7. 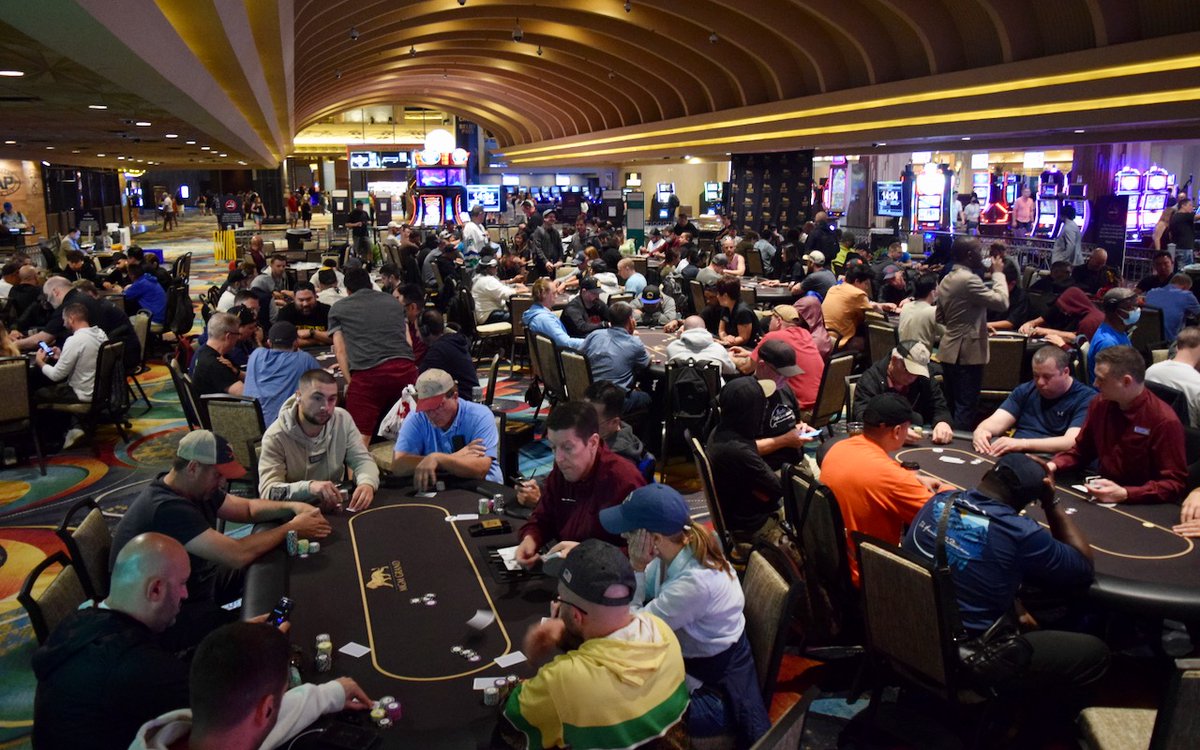 The WSOP announced its schedule change on Twitter on Monday, encouraging players to play today’s Day 1C session due to expected high volume and 10-handed tables on Wednesday’s Day 1D. The new Main Event plan will have the survivors from Days 1A, 1B, and 1C play together on Thursday, July 7, and have only the survivors from Day 1D play on Friday, July 8.

Due to the field sizes in Flights 1A and 1B of the Main Event, Flight 1C will now be combined with the first two flights to create Day 2ABC on Thursday, July 7 at 11am. Day 2D will play as scheduled on July 8th at 11am. pic.twitter.com/S0FG07FxQt

The WSOP’s change made Justin Hammer, tournament supervisor at MGM Grand Poker Room, reconsider the schedule for his room’s $2,500 buy-in event, which is currently projected to have a six-figure overlay.

“It’s always dangerous to plan a big event around the WSOP Main, so if you’re going to do it you need to make sure that players are able to play both,” said Hammer. “To be honest, I really wanted to make it a two-day event to make that easier, but MGM is committed to putting out the best product. I knew right away we needed to change something.”

THIS JUST IN:
Day 3 of our $2 Million Guarantee $2,500 Grand Finale moves to Friday, avoiding conflict with WSOP Main Event change

NOW
All players in Flights A,B OR C of WSOP Main Event can play our $2 Milly GTD with NO conflicts

Hammer projects the room will miss its guarantee by approximately $200K. Even so, he says it’s important to him and MGM that they honor that number, even though they’re within their legal rights to make changes. Inevitably, some players will say MGM changed its schedule to help them reach the guarantee, but Hammer says the move will likely have the opposite effect.

“Their [the WSOP’s] change is definitely going to cost us entries,” Hammer said. “I don’t even think that part is debatable. The current change to our schedule doesn’t do much to add to the prize pool, and pretty much guarantees the players more overlay. I think most any reasonable player will understand that this was the best scenario out of an unfortunate circumstance.”

The reaction on Twitter has, so far, been supportive of MGM’s move. Hammer says he’s also hearing good things from players who speak to him in person.

“Most players I’ve talked to are very appreciative that we’re sticking to our guns here,” Hammer said.


Despite the high likelihood that the room will miss its number, Hammer says the MGM Grand remains committed to offering players big guarantees in order to give everyone a place to play on the Strip.

“I see big things in the future here and if I were a betting man, I would say more big guarantees are in the future for the MGM Grand,” Hammer said “We are very much about giving players options, but are not in any way trying to actually compete with the WSOP Main.”