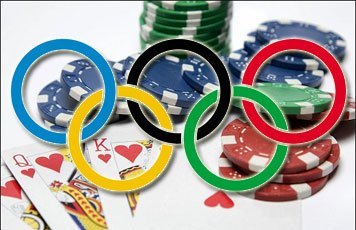 Could poker someday be an Olympic event? Alex Dreyfus, CEO of Mediarex and the GPI, says “yes” with a $4.9 million investment to sportify the game. (Image: gamblingkingz.com)

Alex Dreyfus is on a mission to see poker recognized as a sport, and he’s putting his money where his mouth is.

The CEO of Mediarex Sports & Entertainment (the parent company of the Global Poker Index), moved a step closer to realizing Dreyfus’ dream of “sportifying” poker this week thanks to a cash injection worth $4.9 million.

Since taking charge of the Global Poker Index (GPI) and forming a company around the tournament ranking system back in 2012, Dreyfus has continually stated that he wants to make poker a sporting spectacle, and this investment is the next stage in that mission.

Describing Mediarex as “full stack sports entertainment and media operator,” Dreyfus will use his new investment to push the company forward and embark on a number of innovative products, including, he says, live poker streams, unique poker shows, and events designed to show off the game to a global audience.

Picking up on the recent surge in popularity of live streaming, Dreyfus now hopes his company can harness this interest in poker entertainment and create an industry that engages users on a multitude of levels. In fact, this convergence of online technology and poker is a recipe the entrepreneur believes he can use to help rebrand poker as an esport, with a particular aim of sparking a poker boom in Asia.

“China will likely be the epicenter of the next poker boom and this time the boom looks to be powered by esports, the video game, media and sports industries,” said Dreyfus. Adding to this, he explained that through his new investors Mediarex “will be able to reach new strategic partnerships in China and develop the sport of poker there.”

So where did the money come from? According to the Mediarex press release, an unnamed private equity fund from Beijing was a part of the deal, as was a consortium of investors from various industries, including telecoms, finance, and sports marketing companies.

Of the individuals named on the official announcement, poker enthusiast Dr. Stanley Choi, John Gleasure from London, and Xavier Niel of NJJ Capital, France, stood out. In fact, the investment of the French billionaire Niel could be one of the most significant, given his status as the head of the French newspaper Le Monde.

Poker, live and online, has had a rough time in France over the last few years, so any positive press would be greatly welcome. In fact, if Le Monde is able to align poker alongside other popular sports in France, such as football and rugby, then it could push the government to treat it more favorably, both in terms of access and of taxation.

Of course, as with all things in the poker world, nothing is ever guaranteed, and Dreyfus may still fall short in his mission to sportify poker. However, with $4.9 million and some influential investors now backing his vision, it’s likely we could see even more innovative output from Mediarex and the GPI in the coming months.

The article does not mention the state of online Poker in the USA. Is he going to try to get it approved?