On the Mid-States Poker Tour, it’s common for final tables to last four hours or more. This weekend, 33-year-old Max Young set a record by conquering the MSPT Golden Gates final table in a mere 90 minutes. 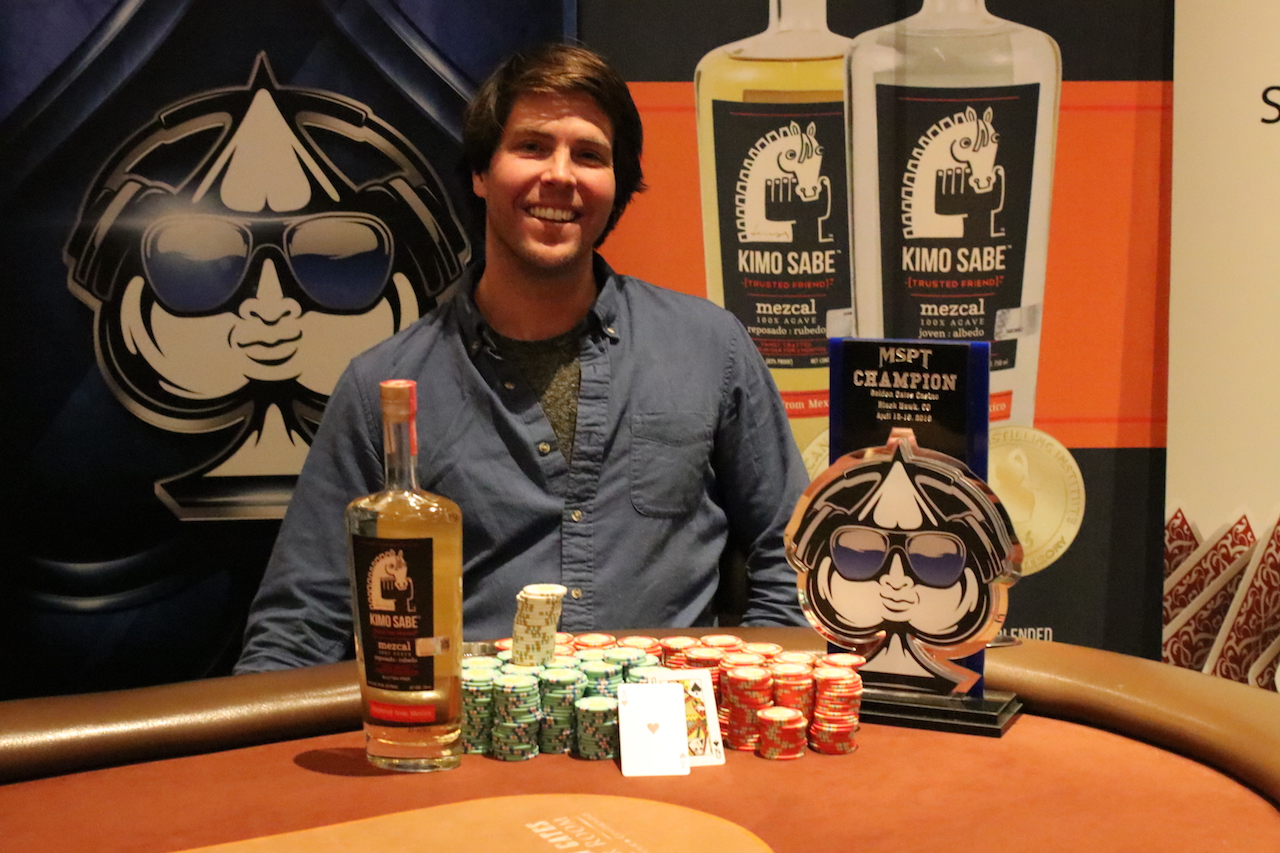 Max Young’s MSPT Golden Gates win for $97,810 was the third-largest score of his career and brought his lifetime earnings up to $746,027. (Image: MSPT)

The latest MSPT Golden Gates Main Event, which was the tour’s ninth at the venue, drew 468 entries to Black Hawk, Colorado, including Young, a three-time World Series of Poker Circuit ring winner.

“I feel pretty good, not gonna lie,” Young told MSPT officials, “It’s been awhile, I’ve been on a little dry spell the past few months. The year started off great and then I just couldn’t put anything together, so it feels pretty good to have a big result that turns my year around.”

Young, who fired one bullet in the tournament and bagged the Day 1A chip lead, scored numerous eliminations at the final table, though it wasn’t until he busted seven-time WSOP Circuit ring winner Vincent Moscati that he really pulled away from the pack.

It happened when Young raised with 8♣6♣ and Moscati defended his big blind to see a Q♣5♣10♣ dream flop. Moscati check-shoved with the Q♦9♦ and busted in fourth place to Young’s flush.

In the final hand of the tournament, Young had 95 percent of the chips when Wyoming’s Jeff Heiberg jammed the button with the A♦3♥ and Young called with A♠Q♥. The board ran out J♣A♣K♦8♥5♥ and Heiberg headed to the payout desk to collect $60,097.

On Day 2, 61 players returned to action, which meant seven needed to bust before the money was made. They included Paul Holder, Jesse Worrell, and bubble boy David Johnston 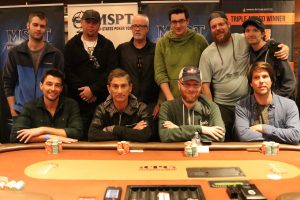 Two WSOP bracelet winners were at the final table in Adam Friedman and Ben Keeline. The former was a thorn in Young’s side throughout the day and they played two memorable hands.

In the first, which took place with two tables remaining, Friedman nearly eliminated Young when he got it in with nines against the latter’s jacks and flopped a nine. Young was left with a short stack after that.

“Losing that hand was crushing because I thought that was my chance,” Young said. “I was left with less than 10 big blinds. I managed to come back and things started to go my way, especially at the final table. Monster hands came to me and I smashed everything.”

Young would go on to eliminate Friedman in the same hand that he busted Daniel Sochacki. It happened when Friedman raised holding the A♣10♣ and Young called. That inspired Sochaki to three-bet all in for 315,000 with the 3♠3♥ and Friedman four-bet jammed. Young snap-called with the A♥A♦ and held after a 6♠5♦7♥K♠Q♥ run out.

As for Keeline, who came straight to the casino from the airport after a one-week vacation to Tokyo, Japan, he lost king-jack to queens all in pre to get short, and then lost the rest with tens to ace-jack. The WSOP Colossus II champ earned $14,558 for finishing in seventh place.

The MSPT now heads to Deadwood for the first time for the 2018 MSPT South Dakota State Poker Championship at the Silverado Franklin Historic Hotel & Gaming Complex.